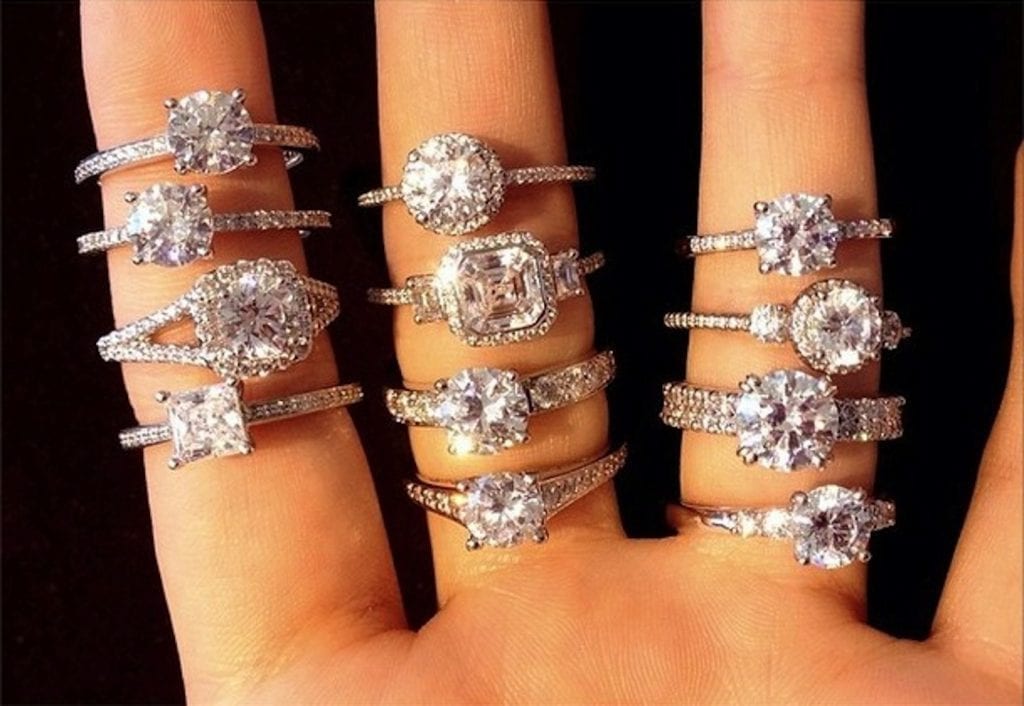 Which hand does the engagement ring go on? Traditionally, women wore engagement rings on the third finger of their left hand (next to the pinky). This is because, in a world before medical science, people believed that there was a vein that traveled right to the heart from that finger. A wedding ring worn on this finger is therefore symbolic of romantic love.

In Western culture, this practice was first adopted during Roman wedding ceremonies, and continued through the centuries. However, in many countries around the world, it is tradition to wear a wedding band on your right hand. This practice is beginning to become more popular in the USA, UK, and Canada. Despite wedding rings not being strictly traditional in Indian culture, men often wear them on their right hands, while women wear them on the left.

Although Western engagement rings and wedding bands are steeped in ritual and tradition, it is becoming more and more acceptable to make a personal decision about how to wear your own. Some, of course, choose not to wear rings at all. Some make the decision based on which hand is their dominant. By choosing your engagement ring hand as the less dominant, it is less likely to get damaged or uncomfortable.

Which finger do you wear your ring on? Is it important that you to keep to the tradition of your country? Let us know in the comments!