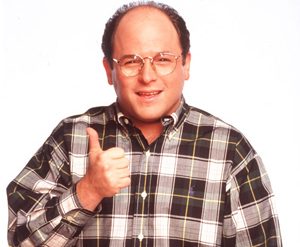 Of all the characters on Seinfeld, George was my favorite. His laziness and his creativity; his self-loathing and his overconfidence. He was a hilarious juxtaposition of human traits whose behavior sometimes bordered on diagnosable mental disorder.

George had a lot of jobs on the show. He was a real estate agent, a parking attendant, a salesman, and an assistant within the New York Yankees organization, among others. (He was also unemployed quite a bit as well. See The Summer of George.)

While George always exhibited traits of inherent laziness, I think his particular brand of laziness-fueled creativity reached its apex while he was with the New York Yankees organization.

It was with the Yankees that George deployed his “always look annoyed” strategy (here’s the clip of him explaining it in his own words). George’s theory was that if he always looked annoyed when someone spoke to him at work and if he always appeared to be in the middle of something important, people would assume he was busy and wouldn’t bother him or give him something else to work on. I call this The Costanza Method.

(George also left his car in the parking lot overnight so that his boss would think he was the first one there in the morning and the last one to leave. He also built a secret hidden sleeping alcove under his desk in office for naps while with the Yankees.)

Using The Costanza Method, George would skate by on the bare minimums and would then have free time to spend at work doing crossword puzzles, etc.

Could that work in real life? Could an employee coast along on cruise control doing minimal actual work and while appearing to be super busy? I think so for certain jobs. But what about for lawyers?

Here’s an analogy. In math classes in school, I was usually the one that needed all the class time we were allotted to complete the work. There wasn’t time for fooling around or being creatively lazy. Some of my peers, however, could fly through the exact same work in half the time and would then spend a big chunk of class time goofing off.

Work’s the same way in my experience. Some people can do some full-time jobs in less than 40 hours per week. Some people excel at certain things and they can fly through their work and then have extra time left over during their work day.

A lot of jobs require employees to be responsible for a finite number of tasks or issues, and once an assignment or task is done, it’s done. There’s no more digging needed and there are no clear incentives for going above and beyond. If the employee is of above-average competence and finishes the assigned tasks before more come down the pipeline, he or she can employ The Costanza Method. Look busy. Act annoyed. People will probably assume the employee is a hard worker and really applying him- or herself. That person may even rise in the organization.

But I think it’s different for lawyering.

In my experience, lawyer success is tied very closely to the amount of time spent on a given project. Think about any brief you’ve ever written. There’s always more editing that can be done, more sources that can be cited, more arguments and theories that can be addressed and made. The facts of every case can be developed deeper, your deposition outline made tighter, your oral arguments refined and organized better.

I truly believe that in our profession, hard work is the great leveler. No matter how inherently smart one is or how refined one’s educational pedigree may be, if a lawyer doesn’t put in the hours on his or her cases they simply will not achieve the best results possible. There’s no way around it. And when someone who isn’t putting in the time comes up against someone who is, it is abundantly clear to all involved.

Using The Constanza Method and faking a good work ethic won’t get you very far as a lawyer, no matter where you work. Our job is one of details and minutia. A lawyer can’t absorb these things by osmosis. Doing the bare minimums will thus affect outcomes (for our careers and our clients). No matter how carefully one may try to hide it, managers and clients will eventually realize what’s going on.

(I think it’s important to say here that the law of diminishing returns applies to what we do. At a certain threshold additional time spent will only marginally increase the results. Finding that tipping point and effectively managing one’s workload are critical parts of lawyer well-being.)

I’m pretty sure George Costanza would’ve been a terrible lawyer. I think he would’ve been long on talk and short on results. But it would’ve made for some great TV. 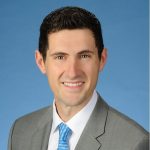 Evan Gibbs is an attorney at Troutman Sanders, where he primarily litigates employment cases and handles traditional labor matters. Connect with him on LinkedIn here, or e-mail him here. (The views expressed in this column are his own.)