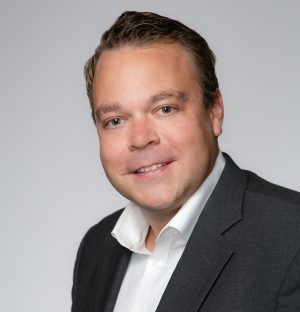 November has arrived, and as Biglaw associates wrap up another 2200-hour billable year, many begin to contemplate their next career move.  But for associates in New York City and beyond, it doesn’t have to be an unenthused choice between more of the same.  Whether it’s long-term growth potential, increased purchasing power, better quality of life, or a variety of other compelling reasons, associates across the country should seriously consider transitioning their careers to Boston’s thriving legal market.

General Electric, State Street, Boston Consulting Group, New Balance, Liberty Mutual, Putnam Investments, Bain Capital, The Baupost Group, Boston Scientific, and Vertex Pharmaceuticals are only some of the household names that’ve chosen the Boston metro for their global headquarters.  And when you throw in several of the nation’s top universities and the most vibrant tech ecosystem east of Silicon Valley, it’s no wonder why the Kirklands and Lathams of the world are expanding their footprint into what was once deemed a provincial legal market.

The current driver of Boston’s economy is innovation (illustrating this fact, Bloomberg has designated Massachusetts as the most innovative state in the nation on multiple occasions).  Accordingly, Corporate Associates with experience in — or an interest in — the technology, life sciences, or emerging companies sectors are highly sought after in Boston, and they’ll have the chance to work on some of the most sophisticated transactions in those domains.  Similarly, Intellectual Property litigators are in demand by firms throughout the city.

Even if one’s practice isn’t concentrated on the innovation economy, opportunities still abound.  Boston law firms are very active in the private equity space (both large-cap and middle-market), so numerous positions are available for M&A lawyers; correlatively, there always seems to be a need for individuals with high-level Capital Markets or Finance experience.  Given the booming real estate market, attorneys with all types of real estate expertise will be of interest to firms.  Associates with practices that complement any of the above, such as Private Funds, Tax, or Restructuring will also discover that doors will open for them.  And as the home of both the District of Massachusetts and 1st Circuit federal courts, litigators will find an abundance of first-rate trial and appellate work.

Quality of Life (Inside of the Office)

But what makes practicing in Boston so appealing is the quality of life that it offers associates.  According to the associate happiness survey conducted by Chambers, “young Bostonian lawyers were among the happiest and least stressed in the US.”  In 2016, National Jurist ranked Boston as the 3rd best city for young attorneys (significantly outplacing New York and San Francisco).  And the data from The American Lawyer’s midlevel associates survey earlier this year further corroborates the Boston-favorable sentiment: for those firms listed with offices in both Boston and New York, for a sizable majority of firms, midlevel associates in Boston are happier than their New York colleagues.

The superior quality of life that Boston affords associates can be separated into two categories: inside of the office, and outside of the office.  Inside of the office, Boston Biglaw is a kindler, gentler version of its New York counterpart, while still supplying the same upside (sophisticated work, premier clients, high compensation, partnership potential, in-house exit opportunities, etc.).  Average associate billable hours are generally less in Boston than in New York.  Moreover, many Boston firms prioritize creating an environment that truly supports work/life balance: respecting vacations and holidays, minimizing weekend demands, and allowing remote work, among other initiatives.  This focus presents a strong contrast to the 24/7/365 nature of practicing in cities like New York.

Top Boston firms are also typically less leveraged than comparably ranked firms in New York (i.e., they have fewer associates per partner).  This composition decreases hierarchical structure, which has a pair of positive consequences for associates: (i) it promotes a more egalitarian atmosphere in the office, as there are fewer artificial lawyers of seniority; and (ii) it enables associates to acquire more substantive legal experience, direct partner interaction, and meaningful client exposure earlier in their careers.  As one associate described practicing at a Boston firm, “You don’t feel lost in some big corporate machine here. In fact, we get a lot more attention and exposure to higher quality work than in the larger offices in New York.”

There’s also a palpable sense that Boston firms invest in — and truly care about — the long-term professional development of their associates.  A Boston associate isn’t just another number, another anonymous face, who will complete a three-year rotation and then be pushed out the door.  Boston firms often hire for partnership; if partnership isn’t an associate’s end goal, many firms actively help associates secure in-house roles with firm clients.  As summarized to Chambers about associate career prospects in Boston, “[Y]ou can build a long-term career here.  The typical view of law firm life in places like New York is that you get there and stick it out for as long as you’re willing to put up with the lifestyle sacrifices, and then you leave. It’s not like that in Boston. Firms aren’t used as a stepping stone with a large number of people leaving after three, four, or five years….The firms try to grow and develop people.”

Quality of Life (Outside of the Office)

Beyond the office, Boston provides several other advantages that enhance an associate’s quality of life.  A major factor is the relative purchasing power of a Biglaw salary in Boston.  According to NALP’s “Class of 2016 Buying Power Index,” a Boston associate would need to earn only $116,820 to enjoy the same purchasing power as a $180,000 salary in New York; phrased differently, a first-year associate’s salary (on the pre-Milbank scale) has over 54 percent more purchasing power in Boston than New York.  When one considers that most of the top Boston firms match New York market salaries (and those firms that don’t are close behind), one sees that Boston allows for a comparatively more affluent lifestyle.

But what interesting activities can associates spend their more valuable dollar on?  Many.  Boston is a deeply historical city, so there are plenty of offerings for the history buff.  Between the dynamism of Boston’s academic institutions, and a vibrant arts and cultural community, an intellectual energy permeates the city.  A bourgeoning restaurant scene has put Boston on the map of foodies.  And Boston is home to professional sports teams in every major sport, the majority of whose stadiums/arenas are downtown and easy to get to.

Boston offers all of the benefits of living in a world-class city, but in a more manageable day-to-day setting.  The historic brownstones of Back Bay and Beacon Hill, and the modern high-rise apartments of the Seaport, are all within walking distance of Boston’s major law firms.  If one opts to move out of downtown, inviting suburbs with top public schools are only a 20- to 30-minute drive or train ride away.  And because it’s so easy to get in and out of Boston (and because Associates aren’t spending every waking moment at their desks), Associates can avail themselves of all of the desirable destinations within a 1 to 3-hour radius of the city: Cape Cod, Nantucket, Newport, and Maine during the spring and summer; the Berkshires during the fall; and the mountains of Vermont and New Hampshire during the winter.

The Boston legal market is flourishing, with available positions for associates of all practices and seniority levels.  There used to be a sense that unless one attended college and law school in Boston, or needed multiple hands to count the generations of one’s ancestors who had resided in New England, the Boston legal market was inaccessible; that ship has sailed like the Mayflower.  Boston firms are now very open to — and in some cases, prefer — associates from other major cities.

If you’d like to stay in (or relocate to) the Northeast but would prefer practicing in a city that offers long-term growth potential, increased purchasing power, and good quality of life, you should seriously consider transitioning your career to Boston.  Please feel to reach out to me at ewelch@laterallink.com in order to explore opportunities in the Boston market and learn how to best position yourself for them.