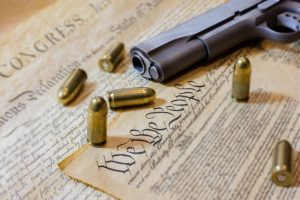 “You’re gonna need congressional approval and you don’t have the votes / Such a blunder sometimes it makes me wonder why I even bring the thunder.” — Lin-Manual Miranda, “Cabinet Battle #1” (Hamilton)

As I was driving through Mississippi on Devil’s Night, Maureen Corrigan’s book review of Let the People See The Emmett Till Story, by Elliott Gorn, broadcasted over the local National Public Radio (NPR) station. It was a haunting reminder of the legacies we have all inherited. As I was passing through Mississippi’s endless-night horizon, Corrigan’s bone-chilling narrative bled through my car speakers:

‘Let the people see what they did to my boy.’ Those were the words spoken by Emmet Till’s mother, Mamie Till-Mobley, after viewing the brutalized body of her son.

During his night of torture near the Delta town of Money, Mississippi, 14-year-old Till’s right eye had been dislodged from its socket, his tongue choked out of his mouth, the back of his skull crushed and his head penetrated by a bullet.

Shortly after Corrigan’s Fresh Air segment, NPR commentators and their guests spoke about the Tree of Life synagogue massacre, yet another act of domestic terrorism in a seemingly endless string of mass shootings our country has witnessed this decade. With a sense of foreboding, the on-air commentators and their guests were not only concerned about Robert Bowers’s 11 executions via his AR-15 rifle and three handguns on October 27, but the broader, recent rise and empowerment of white nationalism throughout our country.

In 2015, prior to the most recent presidential election, I warned:

Maybe it’s hard for me to stomach the recently renewed attack on the Citizenship Clause of the Fourteenth Amendment because I fear the root cause of these sentiments. As Mark Twain supposedly said, ‘History may not repeat itself, but it does rhyme.’

The strong anti-foreigner feelings of past generations are being revived as a rationale to make our country great again. At what cost?

I fear America’s deep legacy of anti-Asian racism will continue to haunt our future generations. Now the anti-immigrant rhetoric — of ‘sanctuary cities,’ ‘border walls,’ and ‘anchor babies’ — is bringing xenophobia to the front of our country’s consciousness once again.

In the seminal Citizenship Clause case involving Wong Kim Ark, the Supreme Court stated: ‘We are entirely ready to accept the provision proposed in the constitutional amendment, that the children born here of Mongolian parents shall be declared by the Constitution of the United States to be entitled to civil rights and to equal protection before the law with others.’

Back then, some politicians argued that the Chinese were so different in so many ways that they could never assimilate into American culture, and they represented a threat to the country’s principles and institutions.

Just last year, I documented the harrowing death of Aylan Kurdi and the refugee crisis:

Since the conflict in Syria began in 2011, until the photography date of Aylan Kurdi’s [three-year old] lifeless body, the United States had taken in only about 1,500 Syrian refugees. That is not a typo: 1,500 Syrian refugees total. When Obama raised the Syrian ceiling to 10,000 — a more reasonable number I suppose, but still an unbearably low moral figure, he faced a massive outcry from conservatives. Last week, many politicians paid tribute to Holocaust Memorial Day and the millions of innocent lives lost, and these politicians pledged, ‘Never again.’ Yet they turn a blind-eye to our current refugee crisis….

Whereas Canada has accepted almost 40,000 refugees to much celebration by its citizens, Obama’s 10,000 target has now become, under Donald Trump, a complete and total shutdown of Syrian and Muslim refugees.

The current refugee crisis is the issue of our lifetime and we have met it with little to no fanfare. America was once viewed as a beacon of hope. Lady Liberty represented freedom and opportunity. But now we have plans to build a much vaunted wall while we permit our most at-risk communities to drown in lead-contaminated water.

We pledge to never let millions of innocent lives suffer again or deprive our communities of their most basic needs. But how easily we forget. Humanity washed along the shore, and we walked by. We are witnessing so many refugee hands reach out, but we refrain from reaching back. For the first time in my life, I don’t recognize this country.

Shortly after Kurdi’s death, his relatives were admitted into Canada as refugees. At least, in Canada, Aylan Kurdi did not die in vain.

Now, with only days until the midterms, the Trump administration is continuing to amplify its dog-whistle propaganda campaign on immigration and crime, to dehumanize migrants and others and arrest asylum seekers. Meanwhile, acts of domestic terrorism receive much less consternation. For too many of our country’s leaders, it’s always “too early to talk about gun control regulation” and “too soon to react, politically or otherwise, to the latest mass murder.”

They deem the Second Amendment to be absolute and interpret its words — “[a] well regulated Militia, being necessary to the security of a free State, the right of the people to keep and bear Arms, shall not be infringed” — to mean that citizens have every right to tote around AR-15s. Surely many would protest, one hand on the heart and the other hand’s finger on a trigger, if any president declared he alone could change this interpretation and the law with an executive order.

Yet the Fourteenth Amendment is much less sacred to those same people who pledge such loyalty to the Constitution. Its words — “[a]ll persons born or naturalized in the United States, and subject to the jurisdiction thereof, are citizens of the United States and of the state wherein they reside” — have been interpreted the same way for the past 150 years. With one fell swoop of the pen, Trump believes he alone can change this. And so do many of his loyal followers.

This would be funny, if it weren’t so sad… and scary as hell.

This excerpt doesn’t do Mystal’s piece justice. I highly suggest you check out his full article to see how he systematically breaks down the entire misinterpretation argument. If you are a legal nerd, you will thoroughly enjoy it.

In June, for World Refugee Day, I wrote about the harrowing historical acts of the current administration:

We are directly violating Article 31 of the Refugee Convention. Instead of addressing this issue, the Trump administration is aiming to amplify its wanton and reckless ignorance of historical precedent. The Department of Justice now plans to send Judge Advocate General’s Corps (JAG) Officers to our southern border to prosecute migrants. Maybe this administration should do better to understand the rule of law before it deploys JAG Officers, who specialize in military justice and military law, to interpret and enforce immigration laws.

The vaunted wall that the Trump administration so desperately plots to build is already being constructed brick by brick. Even if we refuse to admit it to ourselves. A separation of families’ strategy was executed on our borders, while the separation of society continues to happen within them.

Our country’s withdrawal from the United Nations Human Rights Council isn’t a bug, it’s a feature of the current administration. I’ve spoken to so many others who also feel within and without. When did we get here… while America slept?

The United States Constitution may be color blind, but our leaders certainly are not. The vast majority of the murders in our country are done with the accomplice of the Second Amendment, not the Fourteenth Amendment.

If we’re talking about how we have misinterpreted an amendment the wrong way for quite some time, let’s focus on the one that has been such a god-awful enabler of mass murders in our country.

People can talk all day about their Second Amendment rights, but we need to begin the discussion about our responsibilities. How many more mass shootings in schools, synagogues, and churches can we endure before we accept some responsibility?

Renwei Chung is the Diversity Columnist at Above the Law. You can contact Renwei by email at projectrenwei@gmail.com, follow him on Twitter (@renweichung), or connect with him on LinkedIn.