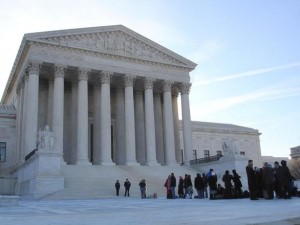 * And Joel Cohen looks at how Justice Kavanaugh’s confirmation fight might affect his judging of the accused. [Law and Crime]

* Meanwhile, David Oscar Markus argues that criminal defendants in federal court get treated much worse than Justice Kavanaugh. [The Hill]

* Jemele Hill points out the support and sympathy for Justice Kavanaugh from a possibly surprising quarter: African-American men. [The Atlantic]

* Packing the Supreme Court? There ought to be a constitutional amendment about that, Jim Lindgren says. [Volokh Conspiracy / Reason]

* In fact, is it time for progressives to fight against, rather than within, the courts? Howard Wasserman offers thoughts on the recent Slate debate between Daniel Hemel and Christopher Jon Sprigman. [PrawfsBlawg]

* Edmund Zagorski has multiple legal challenges to his execution (which is now on hold); former federal defender Stephen Cooper looks at the one based on the method of execution. [Tennessean]

* Congratulations to Pedro Hernandez on the dismissal of his case — and to his counsel, Alex Spiro of Quinn Emanuel, on the great result.