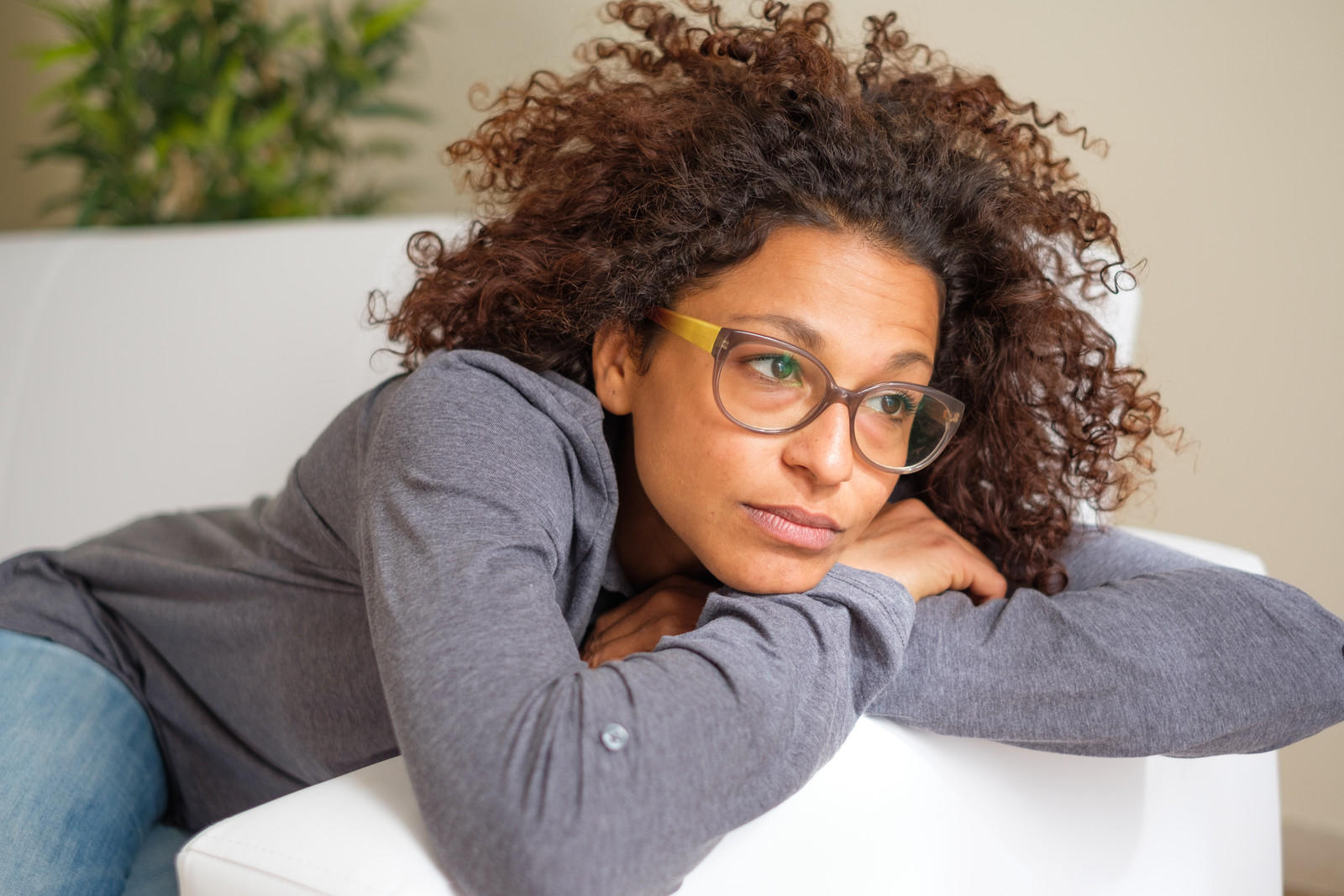 I wonder how long people who go through a divorce remain shell shocked?

I have struggled for so long trying to figure out why my life turned out like this. Why was I the chosen one to carry so much and what was my role in this?

Did I sign on to this in another life?

Did I agree to this before I was born?

Why did I allow so much emotional abuse after the divorce?

Why didn’t our divorce end on some note, if any of goodness?

I mean, he went through three attorneys. I had two. The first one was our mediator. But suddenly as it often happens, my then husband abandoned the notion that mediation was a good way to go. He allowed himself to be counseled by the woman he left me for and by a myriad of others presumably.

So, I was left to have the mediator act on my behalf. But sadly, I found out shortly into it that she was rather disinterested and was planning on retiring. She did. Hence the reason for me to hire someone new.

How does one hire an attorney anyway?

How does one hire someone who is serving you like a real estate agent and a Hollywood agent at the same time? Only the buying and selling is your personal marriage and your children are the amenities in the deal. How do you find an attorney that apparently has to look and feel the opposite of the person who served as the priest or minister who married you?

The dis-marriage is equal in emotional intensity as the marriage. On your wedding day, all is perfect in your world. You are enchanted with life and cannot wait to start this new journey into the unknown. On the day of your divorce, you are emotionally exhausted and terrified of the journey that lay in front of you. What I clearly see now as I reflect on that time 20 years ago, was that it all could have been so much better, and it all looks so silly to me now.

So, what do you need to know in order to hire an attorney and survive the ordeal?

How can you avoid being emotionally bankrupt along with financially bankrupt? What I am about to share has nothing to do with strategy or cunning. It is only my advice on how you can keep your heart and soul intact and keep your sanity as well. So, as I said to my attorney after every phone call, fax, email and paperclip he billed me for, I told him that I wanted to send my kids to college one day; not his. Keep that on the forefront of your brain as you wade through the troubled waters of divorce and seek a divorce attorney.

You most likely have never been through this before and are terrified as you lay vulnerable to a process that you have never imagined before. Go with your gut, even at the first handshake. You do not want to be his prey too. Ask him what his methods are? Do they match your motives and mantras? There are so many questions in dismantling a marriage and none of them seem natural.

A good attorney will advise you of what is not possible, just as much as what is possible. Because my husband changed attorneys three times, it felt like the goal post kept getting moved farther away. His attorneys all seemed to have convinced him that I was a bad person who never held an ounce of importance to him. They did this, of course, to keep him angry and to keep cutting them the checks. They also convinced him that our children who were 4 years old and 4 weeks old, were literally collateral that he could leverage. That was the hardest thing I had ever faced, and it almost completely undid me.

The dehumanizing nature of child custody and support and the fact that your children’s wellbeing is relegated to a decimeter calculation was more than I could bear. In one of the child custody hearings, I remember my actual hearing started to fade away. I could see people talking but I could no longer hear words. My ex husband never once raised his head as they went on and sliced up our children before my eyes.

I drifted back to a moment less than a year earlier when I was being wheeled out of the hospital after delivering my baby girl and the volunteers all telling us what a perfect baby she was. My life felt as complete as I could possibly imagine. I loved my husband; I loved my 4-year-old little boy and we were all going home together. The moment I was currently in came slamming back at me and I couldn’t believe that I was sitting in a strange courtroom next to a mere stranger and my family was being dismantled by a Judge I had never seen before.

I quietly asked my attorney if I could be excused? I got up and walked to the women’s restroom and vomited. It was a physical reaction to the utter disbelief of where my life had been taken. Nothing could have been farther from that moment in the hospital and no one should ever experience that. Especially a new mother.

Don’t forget that you both once cared.

I say this because there was a time that you both were on the same page and your ex-husband was present when the order for the babies was placed. When I look back at the chaotic times during our divorce, I see that much of it came from the attorneys. Oh, don’t get me wrong, the other woman in our life had much to say as well.  Her motivations were to take care of herself and her children. She didn’t need his money. She just needed the man beside her and to heck, with the wife, baby, and toddler he was also responsible for.

I could only see her as a woman capable of cheating with a man with a pregnant wife so there was no need for me to hold her to any high standards. But the attorneys had more knowledge than anyone on how to play the game and, played it they did.

Before them stood two people who were well out of their comfort zones and were complete sponges for anything to be absorbed into. This included creating the utter strangers we became to each other overnight. My husband may have been a mixed-up man who didn’t know how to be happy in my opinion. But he wasn’t a bad man. I never could have dated, let alone marry a bad man. That isn’t to make excuses for him. This realization has come over time so that I could better understand his decisions based on what I now believe to be his fears and insecurities.

We did have isolated moments during the divorce process when we were standing on the same team sideline. But those moments became fewer and fewer as the attorneys played us against each other as if we were in a prizefighting match. We soon lost track of what we were doing and why. The why was always, or at least should have been… our children.

I did not qualify for spousal support, so it was all about the child support. And soon that became a game. The percentage of time for him was all about the money it equated to. I never really understood that. He wanted to flee us and live with his girlfriend who lived 50 miles away. I was fine with that. Go. I never wanted to see them in my town anyway. But when you have children, and in my case very small children that matters.

I had a baby who was now being taken 50 miles away from me. And it no longer became about my discomfort… and believe me I died every other weekend that my children were taken to some women’s house that I had never even met. But it became about the wellbeing of my children. My parents who were from the greatest generation were horrified to see what was happening with their grandchildren. It just wasn’t in their realm of thinking that a father could do this to the mother of his children. I spent many hours consoling them as much as myself.

The attorneys and the Judge no longer looked at us as people. We were just a negotiation. Take the time needed to come together for your children outside of the attorneys. If we could have had a civil conversation centered solely around our children, I really don’t think we would have had to endure what amounted as cruelty to each other. He wasn’t a bad man. But his lawyer and girlfriend had agendas that outweighed his sense of decency which preyed on his weakness and the people who suffered the most were our children.

So, I share this so you all get a hold of the divorce process before it gets a hold of you and before you get as far away from the sacred moments of bringing your babies into the world together as you could possibly imagine. Don’t let that happen. Find a sliver of the reason you came together in the first place and do the right thing for your children. You are responsible for raising them and you owe your children this. The attorneys and Judges are not their parents and they will fade away as soon as all the dust has settled.

We all have regrets.

I can’t think of anything in my life that I regret more than having to go through a divorce and be a single parent. There isn’t anything in my upbringing that prepared me for that. But what I know for sure 20 years later, is that if he and I had first calmly sat down and outlined our own ground rules and reminded each other that there was a day not that long ago, that we did love each other and that we were friends then maybe, just maybe we could have taken the reigns to that horrible experience away from the attorneys, judges and even girlfriends and navigated the choppy waters with the north star of our children in mind.

Maybe then we all would have suffered less. I don’t know for sure, but I want to remember that my ex-husband was my Best Friend at one time and trusted him with my life and the lives of our children.

Choose wisely so that one of the regrets you have in divorce, isn’t the attorney that represented you. And your children, though tough as divorce is on them, are spared the taffy pull that can last a lifetime for them and which can become fully ensconced into their blueprints. Give them a chance to be as whole as possible by just choosing wisely your words, your actions and your attorney at the start. And remember you had a childhood. Let them have one too.