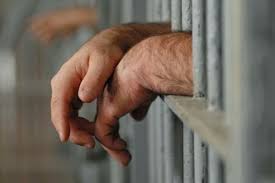 In a recent Ontario child support case, the court grappled with a narrow question: Should it ignore the fact that the support-paying husband landed himself in jail, and simply assume he was still earning the same income as before?  Was his incarceration tantamount to being “intentionally unemployed”?

In Sheridan v. Cupido the former couple had starting dating in 2013, but split four years later.  They never married.  They had two young children together, who currently lived with the mother.

After separation the father, apparently struggling to accept the end of the relationship, snuck into the bedroom of the mother’s home one night and assaulted her new romantic partner with a baseball bat.  He also threw both of them down the stairs. He was arrested and charged with numerous offences, but was denied bail.  He was currently awaiting the upcoming criminal hearing where it was expected that he would be convicted and sentenced to spend at least two years in jail.

In light of this development, the mother asked the court for an interim order confirming that the father owed child support, and that the amount was to be based on his pre-jail income levels.  She wanted the arrears to accumulate while he served time, so that at the upcoming trial she could get a final order confirming his obligation to pay the full amount.

While we have you here, we wanted to remind you that you can get the latest articles delivered to your inbox. Sign up here.]

The father resisted.  While freely acknowledging his support obligations to his children, he pointed out that he had no income while in jail, and had no assets to draw from.

In deciding whether to make an interim order nonetheless, the court noted that the father’s child support obligations are governed by provisions in the Family Law Act and the Child Support Guidelines requiring it to consider “the most current information” – which in this case was that the father had no income.

However, the court had the power to impute income to the father, at whatever level it considered appropriate, if it found he was “intentionally unemployed.”  The principle is that the father could not avoid his child support obligations through a self-imposed reduction of income.

The question was whether to impute income in this case.  The court reflected on two previous court rulings where support-paying parents were found intentionally unemployed while being incarcerated, prompting the court to treat them as if they were still earning. It noted:

The rationale [in those cases]… was that intentional criminal actions led to the incarceration and resulting unemployment.  Incarceration was not considered to be a sufficient reason for the parent being unable to work.

The court distinguished these prior decisions by noting that those other parents had been convicted of their crimes;  in this case the father was still awaiting his criminal trial.

The court’s discretion in these kinds of cases was always governed by notions of reasonableness.  A parent who was actually in jail might be viewed differently than one who was not behind bars, but whose criminal actions or drug use still diminished his or her earning capacity.   The jailed parent would have no current capacity to improve his or her earning potential and address related issues; the one who was not in jail could still do something to correct the failure to satisfy his or her support obligation.   As the court put it:

… [A]n incarcerated parent cannot modify his or her behaviour by finding suitable employment in response to an imputation order.  The order proposed by the [mother] here would simply create debt.  As argued, there is also an underlying element of punishment or penalty for the alleged criminal behaviour.

I am not convinced that there is an absolute rule that the court must always impute income where the payor was working prior to incarceration. …

Most importantly, the mother was asking for an interim support order here, in advance of a fuller Family Law trial to be held later.  Rather than guess at the duration of jail time the father might receive if convicted, and rather than burden him with a potentially large debt upon his release, it was more prudent to wait for trial, where the judge would have better evidence and more up-to-date information on what is reasonable after-the-fact.

In dismissing the mother’s request the court made a final, practical observation:

No order that I make will assist to get regular support flowing now.

For the full text of the decision: