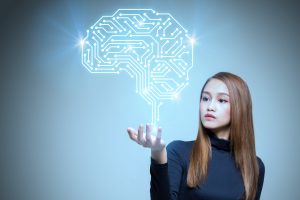 Researchers have known for a while that studying for the LSAT makes you smarter. Intense studying for the traditional law school admissions exam actually changes the structure of your brain — albeit on microscopic level — and those changes strengthening the connections between different parts of the brain are essential for reasoning. As Berkeley News reports:

[A] 2012 study found that a three-month LSAT course strengthened the circuitry in the brain’s frontoparietal network and boosted the reasoning skills of two dozen young adults, compared to pre-law students who did not complete the course.

To follow up, a 2015 study tested young adults on a broader range of cognitive skills, including spatial problems, while inside an fMRI scanner. It showed that students activated the prefrontal cortex less strongly and performed the tasks more quickly and accurately after LSAT preparation, suggesting that they had less difficulty with the reasoning problems.

Now the same researchers who found those connections have a new study where they look at how the brain gets smarter while cramming for the LSAT. According to a study lead author Silvia Bunge, a professor of neuroscience at UC Berkeley, researchers tracked eye movement to crack the secret, “[K]nowing that a particular brain region is active isn’t enough to know for sure why a task got easier. So we developed a novel way to assess the brain mechanisms underlying learning using eye gaze patterns.”

They studied eye movement while subjects were practicing logic games sections from the LSAT. After 33 hours of practice, they noticed a clear change:

“We found that the biggest change associated with reasoning practice was reduced time spent encoding and integrating relevant pieces of information,” Bunge said. “Notably, we showed this boost in performance efficiency for reasoning tests that bore no resemblance to the LSAT problems.”

More broadly, she said, “These results should interest psychologists and neuroscientists who study learning mechanisms and/or higher cognitive abilities, as well as education researchers studying learning in real-world contexts.”

Hmmm, I wonder if studying for the GRE leads to the same benefits.