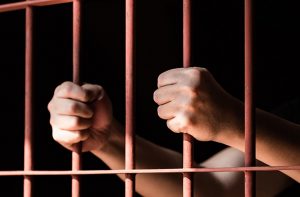 Judges and prosecutors, particularly in New York but also around the country, are facing a big dilemma. Typically, people who get arrested for serious crimes have very high bails slapped on them which they’re unable to make.  They stay in jail awaiting trial. Nobody generally cares.

But with the threat of COVID-19 infecting (and even killing) more and more inmates every day, judges and prosecutors must weigh the possibility of the virus killing inmates with pre-existing conditions against the presumed danger of letting them by reducing their bails.

The choice is tough. A primary concern of judges and prosecutors is public safety. Although the system pays lip service to the presumption of innocence, the real presumption upon arrest is that of guilt. The more serious the charge a person faces, the more dangerous he’s assumed to be and thus the higher the bail. The worse the defendant’s record, the higher his bail.

The fallacy of this argument, however, is that no matter the charge or the prior criminal history, defendants with money make bail, while the indigent get stuck inside. It’s really a system based more on economic ability and not dangerousness or likelihood of return to court.

At least 90% of the people in jail awaiting trial are poor. They’re in jail because they can’t afford bail.

Asthma is tied to home environment. Data shows that housing projects and other low-income housing are fecund places for the factors that contribute to asthma — poor ventilation, living close to polluted areas, cockroach waste, etc.

Four out of five of my jailed clients called me last week, telling me they suffer severe asthma. They use inhalers and are living in close quarters with other inmates who may be carriers of Covid-19. They’re panicked. Some have been hospitalized in the past for TB or other lung-related diseases; many suffer other immune deficiency problems and mental health issues. They’d all like to get out of jail or at least have their bail lowered to an amount they can afford. They all promise to return to court.

The problem is each one has been indicted for serious crimes ranging from murder to gun possession and domestic violence. Two have been remanded (no bail set). The others have had bail set so high that they have no hope of making it. I’m making renewed bail applications for each of them.

Judges and prosecutors have a choice — leave bail as is and hope these guys don’t die in jail from the virus, or reduce their bail and hope they’ll come back to court without posing a danger to the public.

The defense bar is urging prosecutors and judges to rethink their standard positions and employ a new, more open-minded approach to pretrial incarceration.

The theory of bail is that setting it high enough will act as a surety that the defendant, not wanting to lose his money, will return to court. If money is posted by his family and friends, the defendant arguably would not want to leave family or friends in the lurch by causing them to lose money.

Traditionally, judges set extremely high bail for violent crimes -– hundreds of thousands of dollars. But for some families, $5,000 is an enormous sum — money they can’t afford to lose. Setting bail at a lower amount than usual could still guarantee the defendant’s return.

Because people in jail are contracting Covid-19 at a rate 10 times that of the general public and have been dying in state and federal prisons, remand (having no bail set) should only be used in the most extreme circumstances –- potentially only post-conviction when future incarceration is certain.

The cost-benefit analysis is the following: possible risk to the public by setting a bail the defendant can make, versus possible death to the inmate.

It behooves everyone with the power to make these decisions to rethink the old rules and weigh heavily the risk of death to inmates with compromised health.

These cases must be looked at individually. The old standard calculations should not apply. For some, this is truly a matter of life and death.

Lower bail can and should be set, no matter the crime charged.

Toni Messina has tried over 100 cases and has been practicing criminal law and immigration since 1990. You can follow her on Twitter: @tonitamess.