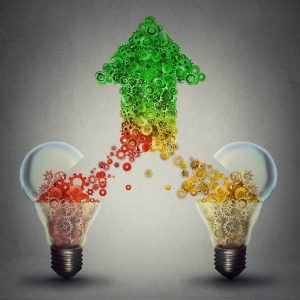 Nothing like a good global law firm merger to get the blood flowing on a Monday morning. The ongoing saga of the Allen & Overy and O’Melveny & Myers popped up again amid reports of more interfirm partner meetups to curry global interest in the deal.

It looks like it’s only a matter of time before this one gets done. The PPP gap between the two firms — a common cause of scuttled deals — is virtually non-existent and both sides see practice complements across the world. Deals this good don’t usually die on the vine.

ALM’s International reports the pro-merger forces have been on a whistlestop tour, meeting in Germany, London, Singapore, and, naturally, at the firm’s annual meeting in Miami. And it appears all this work is starting to pay off, with the mood “inching towards a merger” a former A&O partner told International.

“The A&O litigators, especially in the U.S., desperately want to have it. They’ve never had a strong brand in the U.S. and this gives them a way.”

However, one current A&O partner argued it might not be a “slam dunk.”

“It is a numbers vote—but even if you have 500 partners in favor and 50 corporate partners in London against it, you’d be a brave person to put it to a vote,” they said.

Maybe. But if those 50 partners really cared enough to bolt from a newly merged firm, one might expect them to be doing more right now than bitching behind the scenes. That same former partner cited above describes the London scene as a bunch of complainers who lack any drive to mount a formal challenge against the mounting merger talk.

This is the “speak now or forever hold your peace” point in the wedding ceremony and these London corporate types seem satisfied to comfortably kvetch about it at the reception.

Earlier: Checking In On ‘Allen & O’Melvery,’ Biglaw’s Most Hilarious ‘Will They Or Won’t They’ RomCom
Allen & Overy And O’Melveny Are Considering Merger (Please Name It Allen & O’Melvery)
O’Melveny Tells ATL ‘We Have No Plans To Merge And Never Have.’

Joe Patrice is a senior editor at Above the Law and co-host of Thinking Like A Lawyer. Feel free to email any tips, questions, or comments. Follow him on Twitter if you’re interested in law, politics, and a healthy dose of college sports news.