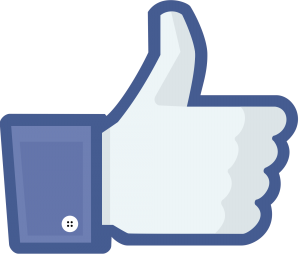 Everything we need to happen, happened over the past few weeks, and that’s likely why we have one less mass shooting to talk about.

Koeberle Bull, a New Jersey mom, saw a man making vile and racist statements to her biracial children on Facebook. She didn’t brush it off, she didn’t blame her children for being on Facebook. Instead, she did some basic internet sleuthing and reported Dylan Jarrell to the police in his hometown of Lawrenceburg, Kentucky.

Having citizens take these people seriously is only the first step. You also need law enforcement to care about doing their jobs. In this case, Kentucky State Police Trooper Josh Satterly took Bull’s tip seriously and began investigating Jarrell. Eventually, he referred the case to the FBI.

Last month, Jarrell was arrested for “terroristic threatening” and “harassing communications.” According to the Louisville Courrier Journal, Jarrell was busted with an AR-15 and “more than 200 rounds of ammunition, a bulletproof vest and a 100-round magazine.” Most importantly:

Police found a “threatening manifesto” saved on Jarrell’s phone detailing a planned school attack, Satterly said. It included the names and contact info for “every major news outlet around the country” that Jarrell planned on sharing the manifesto with.

The manifesto referenced past school shootings around the country that Jarrell had researched, Satterly said.

Jarrell later told police he planned to attack a school “near Anderson County” but did not name a specific school, Satterly said in court. Jarrell lives just blocks away from Anderson County High School.

Stopping this guy is a success story for law enforcement. But every time you ask people to take racist threats seriously, an alt-right First Amendment lawyer rises up with an objection:

Jarrell’s attorney, Amy Robertson, on Thursday asked the judge to lower bail, arguing Jarrell did not carry out the attack and it was a “thought crime.” Robertson said no allegations have been made that Jarrell illegally possessed the weapons and ammunition that police found.

I don’t think this is a serious First Amendment argument. Jarrell’s defense attorney needs to earn her money, but the law does not require bullets to actually start flying before you can arrest and convict a person like Jarrell. If the reported evidence is accurate, Jarrell’s intent to commit crimes can be inferred. And that should really be enough.

But in the current climate, I fully expect some on the right to take up Jarrell’s mantle and complain about “thought crimes.” There are lawyers who have fully debased themselves to Trumpism, and those people will argue that owning guns and being racist on Facebook is not a crime. They’ll gloss over the specific threats, and focus only on the right to threaten biracial children, “which is under attack from George Soros and the libs.”

Reject these arguments when you see them. Instead try to be more like Koeberle Bull. When you see a potential domestic terrorist, say something.