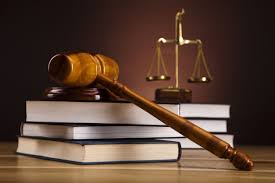 In Canada, the fact that one spouse may have committed adultery, in breach of his or her marriage vows, provides the grounds on which a divorce can be obtained, under the federal Divorce Act.  But after that, infidelity does not really factor into other divorce-related issues like property division or support.  In other words, child custody, child support spousal support and property division are not impacted by a spouse’s cheating, and the betrayed spouse does not get an advantage because his or her spouse was unfaithful.

An interesting ruling from a North Carolina courtroom highlights the different approach taken in some U.S. states.  Under the law in that jurisdiction, the judge saw fit to impose a hefty civil sanction against Francisco Huizar III, in favour of Keith King, with whose wife Francisco had been having a 16-month extramarital affair.

The court ordered Francisco to pay $8.8 million to King, consisting mainly of punitive damages.  About $2.2 million of that amount was designed to compensate Keith for some of the various types of damages that King had claimed against him, including criminal conversation, alienation of affection, intentional infliction of emotional distress, negligent infliction of emotional distress, and assault and battery.

It turns out Keith’s wife, Danielle had met Francisco met at a bike show in New York put on by King BMX Stunt Shows, which was her husband’s company.   Francisco pursued Danielle at the show, and made various plays for her in the subsequent months which involved booking hotel rooms on various occasions near where he knew she was staying, renting an apartment near the family’s home, and intruding on a spa weekend and on a family vacation.  Keith noticed an inappropriate text between his wife Danielle and Francisco, and the affair came to light.   In court, he provided call logs, social media posts, and hotel receipts as proof of the infidelity.

Keith said that because of adultery, his company suffered damages, including lost corporate revenue, and the loss of a key employee – i.e. Danielle herself, since she had to leave her job once the affair was uncovered.

Unlike the law in the Canada, North Carolina law allows a person to bring a civil suit against an individual that his or her spouse has had an affair with, for what is known as “alienation of affection.”  Although it is arguably an old-fashioned law, it still exists in five other U.S. states, namely Hawaii, Mississippi, New Mexico, South Dakota and Utah.

Should Canada have similar laws that impose liability on affair partners?  What are your thoughts?