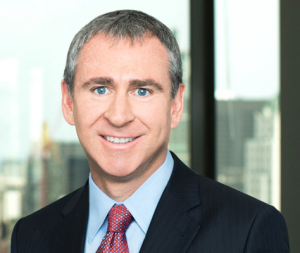 Ken Griffin has had some problems over the years keeping his trade secrets secret, particularly his high-frequency trading secrets, which have a high frequency of showing up at other firms interviewing and hiring his own people, or those set up by those people. Not coincidentally, Ken Griffin also has a robust series of procedures to keep things secret, and a formidable investigative infrastructure to do the same.

GSA Capital, the hedge fund formerly known as Deutsche Bank’s global statistical arbitrage unit, certainly seems to have been aware of the above, and took great lengths in its recruitment of Citadel high-frequency trader Vedat Cologlu to avoid detection by Ken’s Kops. Unfortunately for GSA, for all of his algorithmic brilliance, Cologlu was somewhat less diligent.

GSA’s attempted recruitment of Vedat Cologlu was marked by the fund’s strict instruction to the trader to avoid emails and stick to Whatsapp messages and texts, Citadel said in its account of his hiring….

Citadel learned that Cologlu sent the trading plan to his work email account and began investigating. The GSA recruiter speculated Cologlu had “been called out by Citadel….”

Citadel says that after GSA was confronted about its meetings with Cologlu, an internal lawyer agreed to cooperate and shredded the hard copies of Cologlu’s trading plan.

Seriously, when will you people learn? Ken Griffin’s unblinking eyes see all.