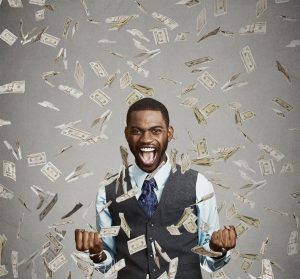 In The Paradox of Minority Attorney Satisfaction, Professors Milan Markovic and Gabriele Plickert puzzle over why it is that African-American and Latino attorneys have a far higher level of professional satisfaction than their white peers, when evidence shows that minority attorneys disproportionately work as “ostensibly low status solo practitioners,” having been largely denied access to prestigious and lucrative positions at Biglaw. The paper makes an interesting — and amusing — read because these two academics are truly flummoxed as to why anyone might be happy as a solo practitioner. Indeed, the authors point out that “The satisfaction of solo practitioners is difficult to reconcile with descriptions of solo practice as lacking in prestige and its practitioners bereft of social capital.”

And so the authors search for other reasons why minority attorneys who own their own firms are so content. The first reason is the most obvious: lawyers who work for themselves aren’t subject to the indignities and discriminatory practices of institutions owned by others. But the other reasons that the authors posit are, frankly, insulting. For example, the authors cite studies showing that most minority lawyers are driven by a desire to “give back to their communities” — a goal more readily achieved when practicing as a solo whose “clients will generally be members of their own racial communities.” The authors also suggest that minority law students don’t chase after Biglaw jobs because of their upbringing:

lacking “exposures to the [legal profession] and particularly its more elite echelons…minorities are unlikely to know to aspire to prestigious positions in corporate law firms.”

I’m no academic — but maybe the reason that minority lawyers are happier in solo and small firm practice is because of the opportunity it creates.  Opportunity as in a seven-figure solo practice. Opportunity as in the ability to run for and win judgeships as a black, female law firm owner. Compared to options like this, working 60-hour weeks as a Biglaw partner seems like a booby prize rather than a brass ring.

Still, the Markovic article troubles me for a second reason because it shows that while the rest of the world reveres entrepreneurship, the legal profession still looks down on law firm ownership. Seems that’s a form of discrimination that’s also tough to change. 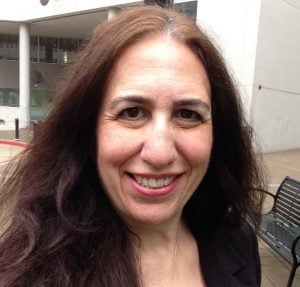 Carolyn Elefant has been blogging about solo and small firm practice at MyShingle.comsince 2002 and operated her firm, the Law Offices of Carolyn Elefant PLLC, even longer than that. She’s also authored a bunch of books on topics like starting a law practice, social media, and 21st century lawyer representation agreements (affiliate links). If you’re really that interested in learning more about Carolyn, just Google her. The Internet never lies, right? You can contact Carolyn by email at elefant@myshingle.comor follow her on Twitter at @carolynelefant.