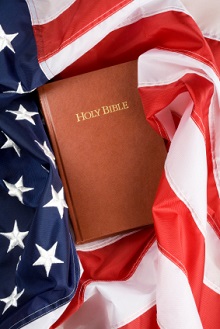 I have written how the religious liberty doctrine is grossly unbalanced based on a distortion of Founding anti-establishment liberty. Unfortunately, it looks as though that unbalance is about to become far worse. On November 2nd, the United States Supreme Court announced it will decide a case, in part, on whether the Establishment Clause bars state and local government from taxing citizens to maintain a 40-foot Christian cross WW1 memorial.

The reason the case is all but assured to end in finding that the state may indeed maintain a religious monument is most members of the Court have established viewpoints on the issue. Justice Brett Kavanaugh has praised previous dissents that denied a strict separation of church and state and argued “Christianity ought to receive encouragement from the state.” Justice Clarence Thomas does not even believe the Establishment Clause applies to the states. Justices Neil Gorsuch, Samuel Alito, Elena Kagan, Stephen Breyer, and Chief Justice John Roberts have all previously agreed using taxpayer dollars to improve church property is permissible. Given the text and plain meaning of the Establishment Clause, the views of the majority of the Court are perplexing to say the least.

The Establishment Clause was founded upon the deep-rooted Constitutional principle of freedom of conscience. Regarding free conscience in the religious liberty context, James Madison stated citizens must be free “to render to the Creator such homage and such only as he believes is acceptable to him.” In other words, religious freedom is based on the premise that the individual alone holds the power to make up their own mind about what service to give to religion. No matter how well intentioned, the state is not to make the choice for anyone. Madison was also clear that civil society being separated entirely from religion did not infringe upon other rights stating: “We maintain therefore that in matters of Religion, no man’s right is abridged by the institution of Civil Society and that Religion is wholly exempt from its cognizance [emphasis mine].”

Accordingly, nothing regarding anti-establishment liberty prevents government actors from personally expressing references to a belief or trust in God. Free speech remains a part of the First Amendment as well, after all. Rather, what the Establishment Clause does require is a strict adherence to the principle that civil mechanisms do not encroach upon the free conscience of citizens by forcing them to pay for or share religious views. When state governments tax citizens to maintain religious symbols (regardless of whether any taxpayer objects), they violate free conscience by forcing citizens to pay for a religious message they might otherwise disagree with.

The majority of the Court understands this principle well and applies the First Amendment religious liberty prohibition against government coercion correctly in other contexts. In Janus v. AFSCME, the Court held the state of Illinois could not extract agency fees from nonconsenting public-sector employees. In issuing its opinion in Janus, the Court stated:

Whenever the Federal Government or a State prevents individuals from saying what they think on important matters or compels them to voice ideas with which they disagree, it undermines these ends. When speech is compelled, however, additional damage is done. In that situation, individuals are coerced into betraying their convictions. Forcing free and independent individuals to endorse ideas they find objectionable is always demeaning, and for this reason, one of our landmark free speech cases said that a law commanding “involuntary affirmation” of objected-to beliefs would require “even more immediate and urgent grounds” than a law demanding silence.

In fact, the famous phrase the Court relies on in the Janus case, “to compel a man to furnish contributions of money for the propagation of opinions which he disbelieves and abhor[s] is sinful and tyrannical,” comes from Thomas Jefferson’s preamble to the Virginia Statute for Religious Liberty. It is astounding to think the Court could utilize religious liberty protections against coercion to prevent a state from compelling public-sector union speech, yet find it completely acceptable for a state to extract money from citizens to compel large and expensive religious monuments. Such a result is to make a mockery of our Constitutional religious liberty principles and I hope the Court does not reach it.

An argument the majority of the Court appears likely take in upholding state-funded maintenance of a religious monument is state governments have a long tradition of established churches. Relying on these past practices to dilute plain meaning Establishment Clause intent however presents glaring problems. For one thing, the Establishment Clause was only incorporated to the states in the mid-20th century. It should go without saying that all state assessment frameworks that blurred the line between church and state prior to being under Establishment Clause scrutiny are irrelevant to current Establishment Clause doctrine.

For another, it is absolutely clear that Madison — the leading Founder in regard to religious liberty and the lead representative in Congress in passing the First Amendment — would have viewed this case as a violation. As I wrote before, Madison stanchly opposed and defeated on free conscience grounds a religious-neutral, non-preferential assessment bill that gave citizens complete autonomy to direct funds however they wanted, including for religious purposes. It defies all common sense to say that while Madison opposed an assessment framework that offered individual citizens complete autonomy to service religion or not, he would have been fine with the assessment at issue here which offers citizens no choice on whether to fund a religious monument.

But perhaps most importantly, to allow the government to compel citizens for the payment of religious monuments, even based on tradition, but to deny public union extractions would amount to an egregious viewpoint discrimination. Yet that is exactly what the Court appears willing to decide. I hope for the sake of religious liberty I am wrong. 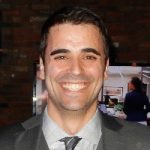 Tyler Broker is the Free Expression and Privacy Fellow at the University of Arizona James E. Rogers College of Law. His work has been published in the Gonzaga Law Review and the Albany Law Review. Feel free to email him or follow him on Twitter to discuss his column.