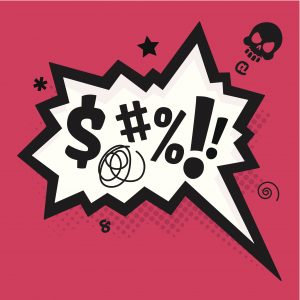 What the hell? Why is it that so many law professors insist on wrapping themselves in the flag of academic freedom just to drop the n-word? Just earlier today I wrote another story about the repercussions for a law professor who used the n-word twice (spoiler alert, not many consequences). Now comes word that prominent UCLA Law professor and founder and coauthor of The Volokh Conspiracy, Eugene Volokh dropped the n-word at an event.

A UCLA Law student who was at the event in question tweeted out their description of what happened.

That seems like a problematic look. And did you see the line “wholly pronounced the word”? It sure seems like Volokh said it with a real hard R.

I reached out to Volokh, and he confirmed the general contours of the incident. His statement on the matter didn’t deny any of the facts, but rather sought to provide a justification for his language. (The original statement had the n-word written out, those references have been changed to n****r.)

When I teach First Amendment law, I tend to talk for a few minutes each week about real First Amendment events in the news. Last October, when two UConn students were being prosecuted for “racial ridicule” for walking on campus and shouting “n****r” (apparently at no-one in particular) — an extremely rare instance of an actual hate speech prosecution in the U.S., and thus an excellent illustration of the legal rules that we had been learning and the arguments that we had been considering — I discussed that incident in class. As I always do, whether we’re talking about the Cohen “Fuck the Draft” case, the Matal v. Tam “Slants” case, the “God Hates Fags” banners from Snyder v. Phelps, references to killing Jews or to “kikes” from the State v. Lenio Montana group libel prosecution that I had also given as an example in class, or otherwise, I discussed the facts, without expurgation or euphemisms: At a university, and especially at a law school, I think people should talk about the facts as they are. A few weeks after the class, I learned that some students had disapproved, but I didn’t discuss it further with any students.

Then yesterday, right before an event at which a professor from a different law school was talking, someone shouted to me something like, “Volokh, don’t use the n-word today!” (I am not expurgating here, as you might gather; he did say, “n-word.”) The speaker, to whom I was talking at the time, asked me what that was about, and I responded that, last Fall, I had talked about the prosecution of the UConn who had shouted “n****r,” and some students were upset about my quoting that word.

As I mentioned, it seems to me a basic principle of the American university that no ideas or words are taboo, and that when a real incident happens it should be discussed precisely and candidly. Naturally, I would never actually call a student by any such epithet (or for that matter by many softer epithets), but quoting the facts of an incident strikes me as a completely different matter. And this principle is especially important at a law school, where we are training law students who will run into lots of offensive actions and words in precedents, in briefs, in underlying documents, in witness interviews, in testimony, and more. (If you search Westlaw for n****r & da(aft 1/1/1990), you’ll find over 10,000 results just in the cases.)

Further, Volokh shared his response to a student who complained about his language. He made many of the same points, but also trotted out the “use-mention distinction,” complete with citations (see, e.g., Randall Kennedy, How a Dispute Over the N-Word Became a Dispiriting Farce, Chron. Higher Ed., Feb. 8, 2019; John McWhorter, If President Obama Can Say It, You Can Too, Time, June 22, 2015,  (distinguishing “using” from “referring to”)).

I see that argument, I do (I mean, I don’t think it’s a great one, but I see it). But in this instance you have someone specifically asking you NOT TO USE THE WORD. Why is fully pronouncing a racial slur so damn important? Volokh gave a big middle finger to this rather minor accommodation of someone’s feelings. Because he has the “right” to say whatever he wants. I guess maybe he does — no one is saying he should be carted off to jail — but we can all still think he shouldn’t just drop the n-word.

Volokh may want to live in a world where no words are taboo — and that may even be a laudable goal. But I want to live in a world that isn’t tainted by anti-blackness. Until that second goal is reached — one we are far, far away from — it seems a rather small measure to just use a euphemism for perhaps the most hate filled word in the English language.

And let’s be clear — the subject isn’t taboo. No one is missing out on some key component of legal education when you refuse to say the full n-word. Everyone knows what you mean when you say “n-word,” you are just signaling a respect for the people who’ve had that word viciously flung at them. Why is that such a hard concept for (white) people to wrap their heads around?