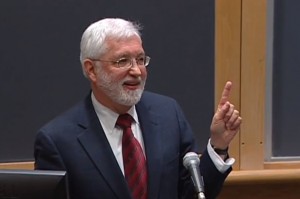 * President Donald Trump is transforming the federal judiciary with his youthful and conservative appointments — but the extent of the transformation should not be exaggerated, for reasons identified by Ed Whelan. [Bench Memos / National Review]

* It has been a long time — specifically, more than four years — since the Department of Justice has issued an opinion about the Foreign Corrupt Practices Act, as FCPA guru Mike Koehler points out. [FCPA Professor]

* Peter Schuck responds, in thoughtful and civil fashion, to the (many) critics of his and Rogers Smith’s argument that the Fourteenth Amendment does not require birthright citizenship for the children of unlawfully present aliens. [PrawfsBlawg]

* He’s no stranger to our pages, but Isaac Lidsky — the child actor (Saved By The Bell) turned first blind SCOTUS clerk turned successful entrepreneur — still has many insights to share, as he does in this wide-ranging podcast with Goli Kalkhoran. [Lessons From A Quitter]