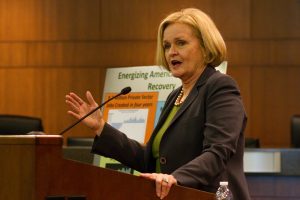 * A fun bit of trivia (via Adam Feldman): which Supreme Court justice cites law review articles most often? (Hint: he does so a lot in dissent.) [Empirical SCOTUS]

* It’s helpful to Josh Hawley that President Donald Trump is so popular in Missouri — even among women, interestingly enough. [Althouse]

* Immigration law is a hot topic these days, thanks in large part to President Trump — so it makes sense that Fastcase and the American Immigration Lawyers Association (AILA) are launching a new law journal focused on this interesting and complex area of law. [Dewey B Strategic]

* Speaking of immigration, Ilya Somin refutes the argument that migrants should just stay home and “fix their own countries.” [Volokh Conspiracy / Reason]

* Who says bankruptcy lawyers and judges don’t know how to have a good time? [Texas Bankruptcy Lawyer’s Blog]