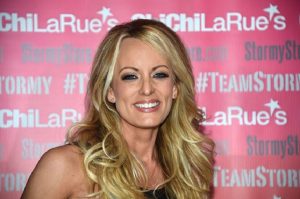 * Orin Kerr offers his thoughts on the Allison Jones Rushing controversy (aka how young is too young to be a federal judge). [Reason / Volokh Conspiracy]

* If President Trump and Senate Republicans are packing the courts with conservatives, then it’s time for Democrats to pack back, according to Michael Klarman. [Take Care]

* And while we’re on the subject of media law, Gerard Magliocca has an interesting observation about Justice Ruth Bader Ginsburg and the right of publicity. [Concurring Opinions]

* Speaking of RBG, Jonathan Adler argues that she could learn a thing or two from her newest colleague, Justice Brett Kavanaugh, when it comes to hiring law clerks. [Bench Memos / National Review]

* Joel Cohen raises an intriguing question about prosecutors: to what degree are they required to fight their own biases? [New York Law Journal]