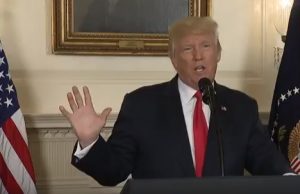 * Remember how Trump promised that he’d “fight for” the transgender community while he was campaigning? Perhaps he meant that he’d fight to erase them. The Trump administration is reportedly considering defining sex under Title IX “based on immutable biological traits identifiable by or before birth.” [New York Times]

* In case you missed it, Paul Manafort showed up at the Eastern District of Virginia on Friday afternoon in a wheelchair, citing health concerns as his attorney requested an expedited sentencing date. Manafort seems to have gotten what he wanted, and will be sentenced there on February 8. [National Law Journal]

* During his inauguration speech, the University of Virginia’s new president, James Ryan — a UVA Law graduate who once worked as a UVA law professor — pledged that tuition would be free for students whose families earned less than $80,000 a year. We wonder if that applies to law school tuition as well. [WTTF Fox 5]