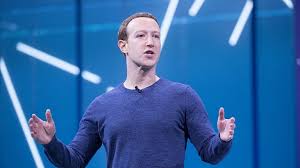 Generally, if a company is “one of the largest unlawful monopolies ever seen in the United States” undertaking “the most brazen, willful anticompetitive scheme in a generation,” there are some well-worn remedies to make it not that anymore. You can make it pay a whole bunch of money. You can make it stop doing things deemed anticompetitive. You can force it to sell off pieces to make it not a monopoly anymore. If things are really that dire, you can break the company up to break its power. Or you can do a combination of the above.

The former LikeBright, Lenddol, Cir.cl Inc. and Beehive Biometric would like to see all of those things happen to Facebook. But they also want to see Mark Zuckerberg permanently exiled to his island paradise.

The companies also said if Facebook isn’t forced to sell its WhatsApp and Instagram assets, it’ll integrate them into the social network, “consolidating its market power across the globe, likely permanently foreclosing competition in the relevant markets for decades to come….”

“There is no adequate remedy of law to prevent the irreparable harm that has — and will continue — to result from Zuckerberg’s continued control of Facebook,” the companies said.

Which I guess means you can just invent your own “the bad guy has to divest” law and enforce it in federal court. Cool. I’m now planning a lawsuit to force Jim Cramer to sell a majority stake in Cramer Digital and live in my basement, which he is only permitted to leave to watch Eagles games with me.