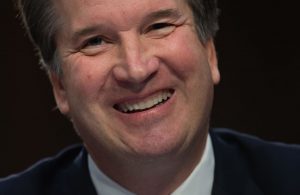 Justice Brett Kavanaugh’s nomination and his contentious confirmation hearings re-opened the debate on elitism and privilege. Critics were worried that the Supreme Court will be controlled by the worldviews of Ivy League-educated white males from affluent backgrounds who would not be sympathetic to the life experiences of the poor and minorities. And given the multiple accusations of sexual assault during his high school and college years, there was concern that Justice Kavanaugh would be hostile to women’s rights.

But I, for one, don’t think Justice Kavanaugh will rule that the 19th Amendment is unconstitutional anytime soon. His mother was a state circuit judge in Maryland. And as a father of two young girls, I am sure he would not want them to live in a society where they will have to face legal gender discrimination. As an appellate judge, there is no record — or even rumors — of professional misconduct. The majority of his clerks at the D.C. Circuit were women. In his post-confirmation speech, Justice Kavanaugh announced that all four of his inaugural law clerks are women, including an African-American.

However, upon reviewing the law clerks’ biographies, I was dismayed to learn that they all graduated from the usual elite law schools. While I understand that justices must make difficult decisions that require the best legal minds, the elite law schools do not have a monopoly on intelligence. If Justice Kavanaugh is willing to hire all female clerks, can he be willing to hire clerks from outside the usual elite inner circle?

Unfortunately, many members of the federal and state judiciary recruit only from certain schools. Why is that? I get that it makes the screening process a lot easier. But is the top law student at an elite law school “better” than a top law student at a mid-ranked school? Assuming both took classes with the same level of difficulty, most would believe that both students are equally “smart.” But the law student at the elite school has some advantages that aren’t available to the student at the mid-range school. For example, the elite schools have faculty whom judges respect. The student can also have access to certain circuit judges who only hire from certain schools which will make their CVs more attractive.

Hiring a clerk from a “regular” law school can do wonders to improve its reputation. Elite law schools regularly send their graduates to clerk for distinguished courts, so for them, it’s just business as usual. But for other law schools, if one of their graduates were selected to clerk for a Supreme Court justice, it will be an event. It will be major news not only for the law school, but also the surrounding community and possibly the entire state. Law firms, courts, and businesses will take notice and may recruit at the school in the future. Student morale will increase and it may motivate them to strive and work harder in the hopes that they too can earn a SCOTUS clerkship.

There is precedent for hiring law clerks from Off-Broadway schools, particularly from conservative justices. Justice Clarence Thomas, who has criticized the U.S. News law school rankings, has hired clerks from a wide range of law schools such as BYU, Kansas, the University of Texas, Notre Dame, North Carolina, George Washington, Vanderbilt, Georgia, Creighton, LSU, Pepperdine, and Vanderbilt. Justice Samuel Alito has hired graduates of BYU, Pepperdine, Seton Hall, Notre Dame, Texas, George Washington, Minnesota, Ohio State, and LSU. Justice Neil Gorsuch has hired from Mississippi, Iowa, and Texas. Justice Sonia Sotomayor has hired graduates from Brooklyn, Hawaii, and Vanderbilt. But the law school diversity prize goes to the late Chief Justice William Rehnquist, who during his tenure has hired at least one graduate of a non-elite law school from too many schools to list here — and he only hired three clerks per term as opposed to the usual four.

Justice Kavanaugh made history by hiring all-female clerks. He can do it again by hiring the top students of law schools outside the usual elite. This will fight the high court’s elitist image. Other justices have done it with no problems. Even hiring one clerk every few years can have a profound impact on a law school, its students, and the surrounding legal community.

Justice Kavanaugh, the ball is on your court now. Please make it happen.

Shannon Achimalbe was a former solo practitioner for five years before deciding to sell out and get back on the corporate ladder. Shannon can be reached by email at sachimalbe@excite.com and via Twitter: @ShanonAchimalbe.