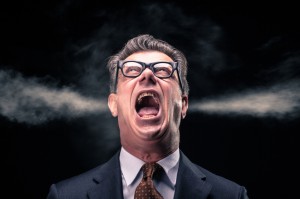 I know I probably sound like a broken record (only dinosaurs will probably remember them, except for those millennials who appreciate vinyl) but I think that the only way that we can become a more civil profession (and thus a microcosm of a more civil society) is to talk about incivility again and again until everyone gets tired of talking about it and decides to do something about it. It doesn’t take much to make a difference. And I’m not talking about armed guards in places of worship; I’m talking about old-fashioned common courtesy as a place to start.

One example: although this Los Angeles Times op-ed piece is ostensibly about traffic courtesies, there is a larger lesson here. Life is about manners and courtesies and things that make life a little bit less stressful and less hard to take. Life is hard enough as it is.

I was taught to end every letter with a variation of “thank you for your [anticipated] courtesy and cooperation in this matter.” Even though the recipient often displayed neither of those, I thought that it was the right thing to do, even if what I really wanted to say was some variation of the “pound sand, you putz.” It’s the old story of never wrestling with a pig.

Another example and why I cannot stand cable news of any persuasion: the ceaseless interrupting of panelists by another panelist who has something so important to say that it can’t wait and is so important that it’s worth jumping in the middle of another’s remarks.

I saw this in court a lot, and probably nothing has changed. I think a court looks much more favorably upon an attorney who waits his/her turn to speak and does not interrupt opposing counsel, no matter how great the temptation. I’ve never seen a judge refuse to let someone speak who asks respectfully, “May I be heard, your honor?” Interrupting opposing counsel (or even your co-counsel) does not get you where you want to be. Rudeness and discourtesy do not advance your arguments.

Interrupting arises from two distinct factors: ¨the type of conversational style you have and your gender (no surprise there).

Stanford researcher Katherine Hilton says that we Americans fall into one of two conversational styles: either high-intensity or low-intensity speakers. Hilton says that high-intensity speakers don’t like conversational silences, and so consider talking at the same time as a sign of engagement. I guess that’s akin to the “nature abhors a vacuum theory.” Low-intensity speakers view interruptions as rude and prefer that conversation is sequential and not simultaneous. Court reporters always sigh in exasperation when we interrupt and talk over each other, and they have to remind lawyers that it’s one at a time because the reporter can’t successfully report simultaneous conversations.

Hilton found that male listeners were more likely to view women who interrupted another speaker to be “…rude, less friendly and less intelligent than men who interrupted.” Oh, please.  Part of the issue is that oftentimes women can’t get a word in edgewise, and when they do, they’re interrupted by men. How many times have I had to say, “May I please finish?” when what I really want to say is, “STFU until I finish.” How hard is it to stifle yourself for the seconds, perhaps even a minute or two, to let the speaker complete her thought? Is there a difference between interrupting and mansplaining?

Is it uncivil to interrupt? As I said, I can no longer watch cable news of any variety because of the constant interruptions of people by anchors, by colleagues, by those with divergent views. I find myself thinking, “Let the person finish, will you please?” But no, not a chance. This incivility has absolutely nothing to do with “fake news,” the “media is the enemy,” or any of that garbage. This has to do with letting someone be heard, letting someone be able to finish a thought, letting someone express an unpopular point of view (we still have the First Amendment, right?).

What we see all around us is incivility and intolerance. We see it in how we treat each other, how we treat opposing counsel and their clients, the court and its clerks, our staffs, and so on. We see it in our road rage when we give another driver the finger, or we honk as soon as the light changes, not giving the chance to see if cross-traffic has cleared. We see it in our everyday interactions with people we don’t know and so we verbally trash them.

Remember not that long ago, a commissioner here in California was censured after his disparaging social media posts came to light. He’s now an ex-commissioner.

Simple rule and easy to remember: don’t say or write anything that you’ll have to retract later. Exhibit 1: Megyn Kelly.

As a mediator, I am tired of counsel (on both sides, or however many sides there are in a particular case) demonizing opposing counsel and their clients. It’s a dispute, people, and emotions can run high. It’s a dispute, yet the level of rancor I see is disheartening, depressing, and ultimately defeating. Mediating hasn’t turned deadly … yet.

So far, there’s been no reason for my ADR provider to have additional security, but after the events of the last few days, I wouldn’t be surprised if it’s thinking about it. Places of worship have become places of slaughter. Places to peacefully resolve disputes:  are they next?

Everyone is pleading to “tone down the rhetoric.” Who should set the tone? Why not us? 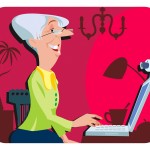 Jill Switzer has been an active member of the State Bar of California for more than 40 years. She remembers practicing law in a kinder, gentler time. She’s had a diverse legal career, including stints as a deputy district attorney, a solo practice, and several senior in-house gigs. She now mediates full-time, which gives her the opportunity to see dinosaurs, millennials, and those in-between interact — it’s not always civil. You can reach her by email at oldladylawyer@gmail.com.