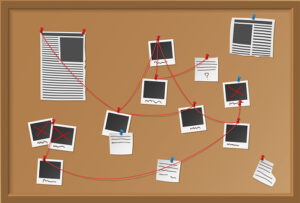 Not so very long ago, members of the American government might have hesitated before giving a thumbs up to U.S. companies bribing foreign governments. Advocating for public corruption was seen as a little bit … sordid. But in the age of Trump, all those political niceties have gone the way of the judicial filibuster.

In the latest Trump tome “A Very Stable Genius,” The Washington Post’s Philip Rucker and Carol D. Leonnig report that one of the president’s priorities his first year in office was to legalize overseas bribery. The president has long opposed the Foreign Corrupt Practices Act, which bars American companies and individuals from paying bribes overseas, calling it a “horrible law” on CNBC in 2012. In his telling, other countries were “laughing at us” for being losers who eschew backhanders.

The New York Times reports from Rucker and Leonnig’s book:

“I need you to get rid of that law,” Mr. Trump told Mr. Tillerson.

Mr. Tillerson explained to the president that he could not simply repeal the legislation, according to Mr. Rucker and Ms. Leonnig. He pointed out that Congress would need to be involved in any effort to strike it down.

Undeterred, Mr. Trump told Stephen Miller, a senior policy adviser, to draft an executive action to repeal the law. Mr. Tillerson, the authors write, later caught up with Mr. Miller in the hallway, where Mr. Miller said he had some skepticism about whether that plan for unilateral executive action could work.

Did Mr. Miller’s skepticism arise from a vague memory of a Schoolhouse Rock video he watched as a boy? Perhaps one called “No More Kings” or possibly “I’m Just a Bill?”

As with so many presidential impulse buys, Trump’s underlings appear to have quietly put this one back on the shelf. But apparently a return to the heyday of political corruption may soon be upon us.

Another four years of this, and you’ll be able to deduct bribes as a business expense on your tax returns. CEOs, start your engines!