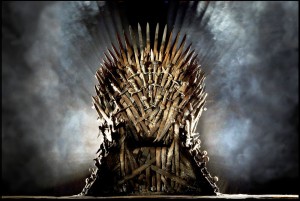 It seems that everything President Trump comments on receives a good deal of scrutiny, but when it comes to his Twitter account, the dialogue can be scathing.  Recently, President Trump decided to tweet about the upcoming re-imposition of sanctions against Iran as a result of his decision to withdraw from a 2015 accord negotiated by the Obama administration.  In tweeting about this point, President Trump decided to do his own take on a meme from HBO’s hit series “Game of Thrones.”  More specifically, he modified the often-quoted line from the series (now a registered trademark of HBO), “Winter is Coming,” by tweeting “Sanctions are Coming” using a similar font over a picture of himself giving a stern look that, in my humble opinion, attempts to channel the Dothragi. Soon thereafter HBO took to the social media platform objecting to his purported “trademark misuse.”  Apart from the turn of phrase (more on that below), the real issue seems to be his attempt at parody, and there is more to it than you may think.

President Trump’s tweets seem to get under a lot of people’s skin (yes, that is an understatement), and HBO is no exception when it comes to its hit series. HBO’s first response was in a statement to CNN, saying, “We were not aware of this messaging and would prefer our trademark not be misappropriated for political purposes.” HBO soon responded on Twitter with a far more tongue-in-cheek response: “How do you say trademark misuse in Dothraki?”  Kudos to HBO for the witty comeback, but “trademark misuse” is a stretch, to say the least.

The doctrine of trademark misuse is simply rarely applied as a matter of trademark law, garnering little traction in modern courts. More importantly, trademark misuse is really a theoretical defense to an action brought by a trademark owner — it is a defense premised upon the trademark owner’s use of its own trademark in violation of the law.  Ultimately, this has been couched in trademark cases under the defense of “unclean hands,” such as where the party seeking the relief from the court has engaged in fraud, deceit, unconscionability, or bad faith related to the matter at issue to the detriment of the other party.  HBO obviously can’t claim trademark misuse against itself, so it seems better to say that the network takes offense to President Trump’s attempt at parody of its registered trademarks.

In the present case, it is painfully clear that no one would confuse the “Sanctions are Coming” meme with the Game of Thrones “Winter is Coming” trademark.  The font may be the same, but the content of the photo being of the president (rather than that of the Game of Thrones character originally associated with the phrase, Ned Stark) is different and leaves little room for confusion with the series. Further, the fact that the president’s tweet is not tied to a commercial product further supports the defense of parody.

A point worth mentioning, however, is that those engaging in trademark parody really need to get it right.  The  “Winter is Coming” motto of the House of Stark is not a happy one — it is an ominous phrase that engenders “warning and constant vigilance,” and may also interpreted as an intimidation to those enemies of the House of Stark.  It appears that in the president’s turn of phrase he was trying to channel that tone within his own meme (and given his expression in the photo, he appears to be doing a good job of it).  The point here, however, is that engaging in parody requires deft use of humor and satire, using enough of the original to allude to it, but not so much as to create any likelihood of confusion.  Minds may differ on whether he did that in his meme, but you get the point.

Let’s not lose our heads like Ned Stark here — reasonable minds can (and do) disagree on the president’s “Sanctions are Coming” meme, but it’s not “trademark misuse.” From a parody perspective, the president may be resting on some reasonable ground, but remember that parody is merely a defense to a trademark infringement or trademark dilution action.  There are a number of colorable grounds upon which HBO could take exception to the president’s meme.  The bigger question is whether escalating the matter beyond Twitter to the courts draws more attention to the president’s meme, thereby exacerbating an already touchy issue.  From my perspective, HBO’s witty yet legally inarticulate response was a step in the right direction, and should be left there. There is another quote from Game of Thrones that would be wise to heed here: “Some old wounds never truly heal, and bleed again at the slightest word.”   In the present case, it may be best to just let this Twitter spat pass. 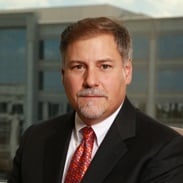 Tom Kulik is an Intellectual Property & Information Technology Partner at the Dallas-based law firm of Scheef & Stone, LLP. In private practice for over 20 years, Tom is a sought-after technology lawyer who uses his industry experience as a former computer systems engineer to creatively counsel and help his clients navigate the complexities of law and technology in their business. News outlets reach out to Tom for his insight, and he has been quoted by national media organizations. Get in touch with Tom on Twitter (@LegalIntangibls) or Facebook (www.facebook.com/technologylawyer), or contact him directly at tom.kulik@solidcounsel.com.