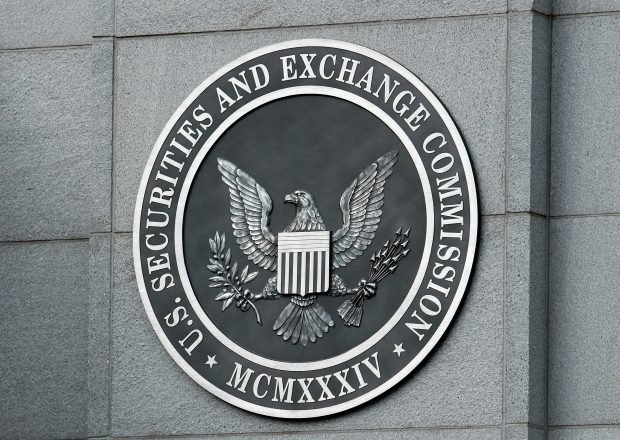 Emmanuel Lemelson has two jobs: as a priest and a short-selling hedge fund manager. These may seem incongruous but are actually connected, insofar as Lemelson claims his success in the former is thanks to the tips he gets from his good buddy God. (To his credit, Lemelson is quick to dismiss the cliché about the humility of those in holy orders, at least in his own case.) Lemelson’s claims to the power of prophecy, however, have been called into question, both by his failure to foresee the SEC investigation into him (going so far as to say “there is now now, nor has there ever been” one, “nor is there basis for one,” going on to sue Bloomberg for saying it two years before the investigation he should have foreseen resulting in an SEC complaint against him) and by the SEC’s allegations that the success had less to do with a hotline to heaven than with Lemelson’s short-and-distort campaign against Ligard Phamaceuticals.

In response, Lemelson cried religious persecution, and while we’re not generally disposed to believe such claims, the good father may have a point here. For an array of unholy forces—from a Dan Loeb-renovated pharmaceutical company to the brother of Trump impeachment counsel Pam Bondi to the now-disgraced Duncan Hunter—do seem to have conspired to convince the SEC to bring what must be said it a highly unusual market manipulation case.

The fund manager aired his views in his own name and then held his short position for months afterward—rather than publishing pseudonymously and quickly exiting a short term trade…. “[N]ever before has the Commission brought a short-and-distort case against an individual based on opinion commentary,” wrote Lemelson’s lawyer Douglas Brooks of the Boston firm LibbyHoopes, in his successful demand to depose SEC enforcement lawyers. “This enforcement action represents a brazen attack on, and an unprecedented violation of, [Father] Emmanuel’s free speech rights.”

What would make the SEC take such an unusual step? Well, a lot of lobbying, for one.

“He needs to be silenced for good,” wrote a Ligand executive to his colleagues in an August 2014 email about Lemelson….

Ligand went to the SEC’s Boston office, arguing that “emergency action” was needed to protect Ligand investors. In a slide presentation to the agency in September 2014, Ligand depicted Lemelson in his priestly robes and claimed that his “dishonest” investment practices included the use of religious credentials to inspire false confidence and raise money while crediting God and prayer for his results….

In June of 2015, Brad Bondi made a 62-slide presentation to the agency detailing Lemelson’s allegedly false statements about Ligand. On the same day, the commission got the letter from then-Congressman Hunter…. Agency lawyers continued to talk with Bondi through 2017, according to emails obtained in pretrial discovery by Lemelson.

In September 2018, the SEC filed suit against Lemelson in Boston’s federal district court.

Oh yea, and maybe Lemelson had gotten a bit of a head’s up about Ligand from upstairs, and it was actually Ligand lying when it had the SEC accuse Lemelson of doing so.

Ligand campaigned for years to get an SEC case that accuses Lemelson of spreading false alarms about its Promacta sales to hepatitis C patients. But Ligand itself appeared internally frightened for its platelet booster’s prospects, in the wake of hepatitis C cures like Gilead’s Sovaldi. In a February 2014 email exchange about Solvadi’s big success, Ligand Chief Executive John Higgins asked his president “will ANY sovaldi patients need promacta. (If treatment gets cut to 8 weeks and the patients get better maybe they don’t need a platelet booster.”

Anyway, long story short, a federal judge thinks all of that seems shall we say a little fishy, and wants to hear some more.

On Jan. 28, a U.S. magistrate overseeing the Lemelson case agreed to let the money manager interrogate the agency regarding Lemelson’s assertion that the enforcement proceeding was motivated by bigoted and malicious lobbying by Ligand.