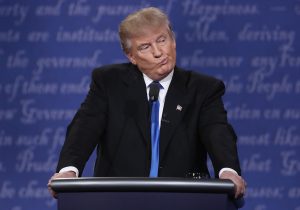 My fellow lawyers, the state of our profession is FREAKED OUT. President Trump’s wholesale attack on non-partisan law enforcement and the independent judiciary has reached a crisis level, with members of the bar scrambling to sound the alarm and demand the resignation of Trump’s loyal enabler, Attorney General Bill Barr.

Last week, after the four line prosecutors withdrew from Roger Stone’s case and the newly installed U.S. Attorney for D.C. submitted that bizarre amended sentencing memo, NBC reported that Barr routinely takes over “legal matters of personal interest to President Donald Trump.” In addition to the Stone case, Barr has intervened in Michael Flynn’s sentencing, directed the U.S. Attorney’s Office in Pittsburgh to review Rudy Giuliani’s anti-Biden scribblings, and launched a criminal probe to prove that the unanimous conclusion of eight intelligence agencies that Russia interfered in the 2016 election to help Trump is somehow a Democratic plot.

Remember when AG Loretta Lynch recused herself from the Clinton email investigation after a few minutes idle chitchat on the tarmac with Bill Clinton? Haha, suckers!

Last week Donald Trump shit-tweeted at Judge Amy Berman Jackson, who had the bad luck to get stuck with both Roger Stone and Paul Manafort’s cases, prompting D.C. District Chief Judge Beryl A. Howell to issue a rare public statement defending the independence of the judiciary. Bill Barr, on the other hand, simply whined to ABC that Trump’s tweets made it hard for him to do his job. A job which apparently includes using the Justice Department to protect Trump’s friends and attack his enemies, so he’d rather do it outside the spotlight, thankyouverymuch!

Bill Barr hasn’t simply breached the firewall between the Justice Department and the White House — he’s burned it to the ground, danced naked in the flames, and then snorted the ashes. So now calls for his resignation from DOJ alumni, who remember a time when there were actually rules, have reached a fever pitch.

This weekend more than 2,000 former Justice Department lawyers signed a petition demanding that the attorney general resign, calling his behavior “a grave threat to the fair administration of justice.”

Recognizing that Barr will probably refuse to go, the signatories exhort current DOJ lawyers to “report future abuses to the Inspector General, the Office of Professional Responsibility, and Congress; to refuse to carry out directives that are inconsistent with their oaths of office; to withdraw from cases that involve such directives or other misconduct; and, if necessary, to resign and report publicly — in a manner consistent with professional ethics — to the American people the reasons for their resignation.”

And now the Federal Judges Association, an independent organization of more than 1,000 sitting federal judges whose mission is to “speak in one voice to protect the independence of the judiciary and to explain its significance to a free society” are hitting the panic button as well. USA Today reports that the FJA is convening an emergency meeting today to deal with the crisis at the Justice Department.

“We just could not wait until April to discuss matters of this importance,” FJA head U.S. District Judge Cynthia Rufe told the paper of the group’s decision to hold an emergency meeting just weeks before its board is scheduled to convene. Although the crisis appears to have boiled over with revelations that Barr intervened in the Stone case, Rufe, a George W. Bush appointee, insists that the association is “not inclined to get involved with an ongoing case.”

So how will the FJA deal with a president who unabashedly declares that he has the right to prosecute his enemies and exonerate his friends at will?Here’s hoping for Judge Jackson’s sake that they hurry up and decide. She’s got an on-the-record conference call with the Stone counsel today, and sentencing this Thursday.

And right on cue …

…..existence of these tweets in which you were so harshly negative about the President & the people who support him. Don’t you think we wanted to know that before we put you on this jury.’ Pretty obvious he should (get a new trial). I think almost any judge in the Country…..

Because if you’ve got a problem, Donald Trump will make it worse.