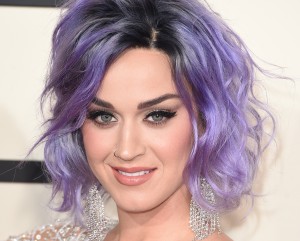 Way back in 2014, a crew of musicians, including Marcus Gray (known on the mic as “Flame”), happened across Katy Perry’s Dr. Luke and Max Martin-produced song “Dark Horse” and in doing so fell into the most uncanny of valleys. Perry’s song, they believed, bore a strong resemblance to their “Joyful Noise” joint. So strong, in fact, that they sued Perry and her peoples for infringing their copyright. The case, Marcus Gray, et al. v. Katy Perry, et al., has been earnestly plodding along for the last four years, and just recently birthed another fascinating order for those who follow music and copyright.

The court had previously denied summary judgment to Perry and her co-defendants, finding the issue of infringement to be a triable issue for the jury to consider. The case was thus primed for trial on the question of whether the Perry defendants infringed the Gray plaintiffs’ copyrights and, if so, what damages should be awarded.

But, the Perry defendants, looking for another bite at the proverbial apple, asked the court to reconsider the summary judgment order and preclude the matter from going to trial. Motions for reconsideration are generally disfavored and in the Central District of California, in which this action is pending — they are only appropriate when the moving party can show a material difference in fact or law from that previously presented to the court and that could not earlier have been discovered with reasonable diligence, of the emergence of new material facts, or a change of law. A final ground is the oft-abused catch-all: a “manifest showing of a failure” to consider a material issue.

Perry’s side attempted to exploit the catch-all provision, arguing that the court had failed to consider the Ninth Circuit’s 2016 holding in Loomis v. Cornish. That case, which coincidentally also included claims of copyright infringement against Dr. Luke, addressed the various means by which a copyright plaintiff can prove that a defendant had the reasonable opportunity to access the copyright holder’s work before the infringement.

In Loomis, the plaintiffs relied on a theory of saturation in a relevant market to show widespread dissemination. This “doctrinal variant” was predicated on the following facts: the “defendants spent ten days recording an album in Santa Barbara during a time when the plaintiff’s song ‘saturated’ the local music scene through airplay on local radio stations, and Mix Magazine, Billboard, and the Santa Barbara Independent newspaper ran stories about the band’s achievements.”

The Ninth Circuit was not persuaded by these facts, finding that a possibility of access was not shown because the defendants’ “production responsibilities [during their ten days in Santa Barbara] had nothing to do with listening to local radio, reading local press, or scouting local bands, and there was no evidence that they undertook any other activity in that market that created a reasonable possibility of access to” the plaintiff’s song.

The Perry defendants argued that the Loomis decision flipped the script when it comes to using evidence of widespread dissemination to prove access, asserting that plaintiffs were now required to “show both commercial success and distribution through relevant mediums, or saturation in the relevant market.”

The Gray court rejected this argument for both procedural and substantive reasons. First, the court advised that it had certainly considered Loomis in its original decision, as evidenced by the fact that the decision cites to and distinguishes Loomis. As such, Perry’s reconsideration motion largely repeated “written argument made in support of or in opposition to the original motion,” in violation of the Local Rules.

And, even if it didn’t, the court concluded that Loomis provided no safe harbor for Perry and her crew. That is because the decision didn’t redefine “commercial success” as requiring a song to have achieved “nationwide saturation.” Instead, in light of the “song’s popularity on the internet, a powerful tool that can reach a wide and diverse audience,” the commercial success of the song was only one factor to consider when addressing the access issue.

Access is almost always a tricky issue in music copyright cases. Obviously, in order to copy a song, the alleged infringer must hear it first. To establish as much, in the past, a plaintiff would proffer evidence that the song was distributed widely enough across radio, television, and so on, to establish a reasonable possibility that it was heard by the defendant. But, in today’s world, where most of the world’s music is online and easily accessible with a few clicks, accessing music is easier than ever while at the same time being harder than ever to track.

Compounding the issue is the fact that certain songs and samples are coveted by producers for the very fact that they are obscure and difficult to access. The dusty-fingered producer digging through crates of vinyl to locate some jam that nobody else in the scene has is a veritable trope in the music industry, and for good reason. These producers want the very thing that is not accessible or, at the very least, very difficult to access. And exploiting little-known, esoteric songs has the added benefit of making infringement harder to prove.

Today, while vinyl is still in play, most producers scour the most recondite corners of YouTube and the internet to find content on which to base songs (of, if you’re being less charitable, to copy). Yet, to prove infringement a plaintiff still has to prove that its music was “commercially successful” or widely distributed. This creates problems of proof given that the value of a “found” song is often the very fact that it was never either of those things and thus can be presented as fresh. As Katy Perry heads to trial in this case early next year, this issue of access will most definitely be front and center. 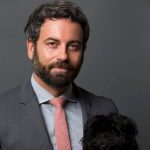 Scott Alan Burroughs, Esq. practices with Doniger / Burroughs, an art law firm based in Venice, California. He represents artists and content creators of all stripes and writes and speaks regularly on copyright issues. He can be reached at scott@copyrightLA.com, and you can follow his law firm on Instagram: @veniceartlaw.