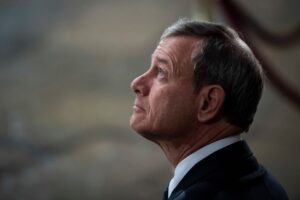 During yesterday’s impeachment trial, Rand Paul tried to pull a fast one.

The senator from Kentucky has a hard-on to unmask the whistleblower who first sent a complaint to Senator Richard Burr and Congressman Adam Schiff over Donald Trump’s behavior vis-à-vis Ukraine foreign aid. Yes, of course there is a compelling public interest in keeping the identity of whistleblowers confidential. And yes, there’s a whole network of federal legislation build around the premise that confidentiality is essential to stem corruption. But all that just goes out the window when there’s a chance to own the libs.

But unfortunately we live in the worst timeline, and Rand was not content to merely accept the rebuke. No, of course not. As HuffPost reports, he held a press conference throwing out names like it’s of no consequence:

Paul then stormed out of the chamber and held a press conference where he twice said the name of the alleged whistleblower ― whose identity has not been confirmed ― as well as another individual but insisted he was not outing anyone.

“I think this is an important question, one that deserves to be asked, and makes no reference to anybody who may or may not be a whistleblower,” Paul told reporters.

This farce of a trial is expected to reach its conclusion today, without calling any witnesses.