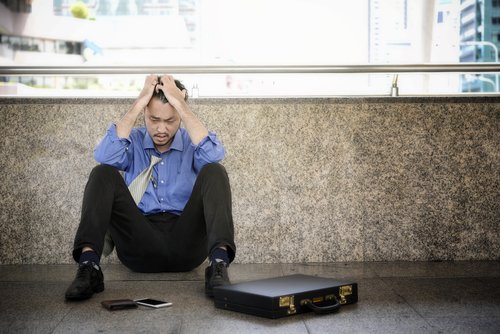 Can a Parent’s Substance Addiction Justify His or Her Unemployment?

I have written several prior Blogs that showcase the court’s power under the Child Support Guidelines to “impute” income to a deliberately unemployed or under-employed parent, so that a proper calculation can be made as to the child support that he or she may owe to the other parent.  Recently, for example, we detailed a case where the court considered whether a support payor who was in jail could be considered intentionally unemployed or under-employed for these purposes.

The power to impute income to an economically under-achieving parent – in what the Guidelines state are an amount the court “considers appropriate in the circumstances” – stems from this principle:   Parents obliged to earn what they are capable of earning.  A parent who falls short of that will be deemed intentionally under-employed or unemployed.

The parent need not specifically intend to evade child support for this rule to apply; it merely requires that the parent has chosen to earn less than what he or she is capable of earning.  This can involve quitting a perfectly good job, or deliberately getting fired from one.  It can involve not looking for new work once a former job legitimately ends.  The court will then look at whether the parent’s actions are voluntary, and reasonable, and it is up to the parent to show that his or her decision is justified in a compelling way.

Needless to say, the given excuses that a parent may have for being under-employed or unemployed are numerous.  Courts must scrutinize these on a case-by-case basis.   After doing so, a court may find that the parent’s employment shortfall is justified after all, and that no income should be imputed to him or her after all.

On this last point, one of the more interesting scenarios relates to a support-paying parent with a substance addiction problem, as illustrated in a case called Lindsay v. Jeffrey.  There, the mother asked the court to impute income to the father at the $35,000-a-year level, which was what he was earning before he quit his job as a mechanic.

The father, in contrast, claimed his income was only $9,000 for the year in question.  He claimed that he was unemployed because of his drug addiction.

In looking at the similar precedent cases, the court noted that they tend to go both ways:  Substance abuse has been held to justify a parent’s unemployment in some Canadian court decisions, but not in others.   For example, in an Ontario case called Hutchinson v. Gretzinger, the court rejected substance addiction as a justifiable excuse, reasoning as follows:

The trial judge accepted the affidavit of the legal assistant to counsel for the [father] as evidence that the [father] was addicted to drugs, including cocaine. In my view, it was an error to do so: better evidence was required. However, even if one were to accept that the [father] is a drug addict, his addiction is not a defence to a support claim. When one first consumes illicit drugs, one must be taken to know that addiction can result: addiction is a reasonably foreseeable consequence, as is the resultant loss of income or employment. To the extent that drug addiction is properly viewed as an involuntary illness, the initial drug use is voluntary and, therefore, it is intentional. It is wrong in law (and contrary to public policy) that a parent be exempted from his or her child support obligation because of drug addiction. …

Yet in a Saskatchewan decision called Kalanuk v. Michelson, the court accepted that the father had serious drug addiction issues that impaired his ability to work.  Although this did not absolve him of all responsibility for child support, the court saw fit in his particular circumstances to reduce the child support arrears he owed, because of it.

Returning to the present-day Lindsay v. Jeffrey decision, the court endorsed this second approach – but only with proper evidence.  As the court explained:

… The ravages of drug and alcohol addiction are observed weekly in this court in custody/access and child protection cases. Many parents who love their children very much and are very motivated to play an important role in their children’s lives have their roles in their lives profoundly reduced or even eliminated because they have a substance addiction over which they have little control. Of course, an addict should receive a proper treatment (one can explore addictionva.com for this reason). This court views substance addiction as a health issue. With proper evidence, this court is willing to consider that substance addiction is a reasonable health need of a parent that can justify underemployment or unemployment, pursuant to clause 19 (1) (a) of the Guidelines.

That said, the court found the required evidence was lacking in the present case.  The father had no corroborated evidence on the extent of his drug use, how it adversely affected his ability to work, and for what period of time (if any) it stopped him from working to his full capacity.  Nor, for that matter, whether it justified his quitting a good job in the first place.

… It is not enough for a payor to come to court and state: “I am a drug addict and this is why I haven’t worked”.  The only corroborative evidence of the father’s addiction was a certificate that he completed a 60-day day treatment program (that was completed prior to the start date of this order). The court received no medical evidence about the father’s condition.  Cogent medical evidence in the form of detailed medical opinion should be provided by the payor in order to satisfy the court that his reasonable health needs justify his decision not to work.

As a final point, the court said it initially had “some sympathy” for the father over his drug issues, that sympathy had been “squandered”:  The court learned that “despite not paying any child support (and purportedly having nominal income) he purchased, in 2012, a truck for $6,000 and a 60-inch color television for $1,300. These are not the actions of a person with limited means.”

In view of the $34,000 per year that the father had earned at his mechanic’s job immediately before he quit, the court imputed income to him of $35,000 per year for child support calculation purposes.

For the full text of the decisions, see: