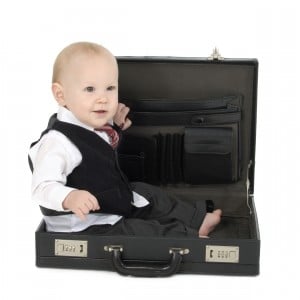 As I have previously mentioned in this column, I have not spent the entirety of my post-law school years in Career Services.  Indeed, I came to Vanderbilt only after stints as a federal law clerk, in Biglaw, and most recently in the nonprofit sector.  And while I sometimes feel like I just arrived in this academia adjacent position, the reality is that I have spent more time in Career Services than in any of the three aforementioned spots.  While days, and even academic years, can start to blend together, I have discovered a reliable proxy to measure my time at Vanderbilt, my son.  He was born less than a month before I started in Career Services and when he was in his infancy, my CSO career felt as if it were at a similar stage as I was trying to get a handle on what was unfolding all around me.  But as I watched the kid sit on the couch the other day, playing an alphabet game on a tablet while Sesame Street was on in the background[1], I realized that he was no longer a baby fresh from the hospital but rather a full-fledged preschooler.  Similarly, my CSO career is out of its infancy and into a more advanced stage.  This is not to say that I have developed lifetime expertise any more so than I think my son would be ready to drive a car or go off to college.  But thinking back to when I first arrived on campus, my understanding of what working in CSO entails has grown with seemingly the same breakneck pace as my son.

Perhaps the most substantial lesson I have learned is that students often do not come to law school with an understanding of how the legal job market — or even the legal industry in general — operates.  To many who have spent time either in legal practice, recruiting, or career advising, this knowledge can seem innate.  Of course, it is the post-2L summer that is most important to landing a post-graduate position in Biglaw, everyone knows that.

But pretty much everyone that you or I interact with on a daily basis knows how to use a fork, but that universally understood task befuddled my son for the longest time.  Many, if not most, law students do not come from a family of lawyers or even know someone in the legal profession; in fact, some are the first in the family to go to college, let alone get a professional degree.  The intricacies of the legal job market will be novel to them.  This does not mean that various recruiting concepts will forever be foreign, but rather that CSO counselors need to take their time and ensure that students are understanding all aspects of the legal job search, even those parts that might seem obvious to a seasoned professional.

In that same vein, remember that each new law school class brings with it a similar level of unfamiliarity and confusion about the ins and outs of legal recruiting.  Just because your knowledge base continues to grow does not change the fact that 1Ls often arrive as befuddled as the preceding class.  When my son finally mastered the fork, it did not mean that his younger sister automatically obtained the same skill set.  While that would have been ideal, my wife and I are having to teach her the same skills we previously taught her brother.

The other big lesson I have learned over the last three years at Vanderbilt is the extent to which relationships are built between students and Career Services.  As I have previously mentioned in this space, students are assigned to a Vanderbilt CSO counselor at the beginning of their first semester and work with that individual over the course of their three years.  This relationship is unlike most others students will develop in law school.  For example, a student can build a relationship with a professor but it typically tends at the conclusion of the semester, perhaps extending for another semester if the student enrolls in an additional class.  The ongoing tie between CSO and a particular student means that counselors will often be the first person students approach with a range of questions that extend well beyond career planning.  Much like I have to be prepared to answer a seemingly constant stream of questions from my son — each of which is often followed by an earnest “why?” — those in CSO need to be ready for a litany of questions about all aspects of law school and legal practice.  This does not mean that you need to be an expert on topics as vast as bar exams or mental health, but it is vital for those of us in Career Services to at least have a rudimentary understanding of these issues and, perhaps more importantly, know where to direct students to get the help they need.

It has been an overwhelming joy to watch my son grow into the three-year-old is he today, while at the same time watching my own development in Career Services unfold.  Although my professional development has not experienced the same growth spurts as the kid, my abilities as a counselor are far more developed than they were three years ago.  I am excited to watch both grow over the next several years.

[1] Do not “at” me with your anti-screen parenting takes.  I am overwhelmingly not interested.

Nicholas Alexiou is the Director of LL.M. and Alumni Advising as well as the Associate Director of Career Services at Vanderbilt University Law School. He will, hopefully, respond to your emails at abovethelawcso@gmail.com.