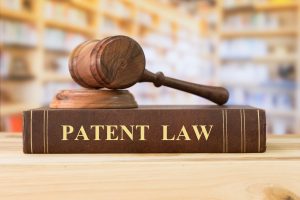 Effective IP litigators stay abreast of trends in their area of practice. They can then make sure that they are advising clients based on current, rather than stale, information. Thankfully, there is no lack of easily accessible statistics for IP litigators to digest these days, whether via the IP media or from IP-focused organizations, such as law firms or IP service providers. At the same time, we know that statistics can be manipulated, requiring us to try and assign some color and context to any data we confront. Especially at this time of year, when it seems like every IP-centric information source is either releasing a 2019 year-in-review, or a host of predictions for 2020. With the caution of trying to interpret statistics as thoughtfully as possible in mind, let’s take a look at one of the more interesting 2019 year-in-review reports, Unified Patents’ 2019 Patent Dispute Report.

With thanks to Shawn Ambwani, one of Unified’s co-founders and current COO and SVP of Legal, who sent me a copy by email, it is readily apparent to any reader of the report that Unified has done yeoman’s work in trying to tell the story of NPE and IPR activity in 2019. Which is not a surprise, given Unified’s mission of helping its members fend off NPE patent assertions through Unified’s identification and targeting of NPE patents for IPR filings. As the report notes, Unified itself remains one of the top five IPR filers by numbers of petitions, coming in third with 43 IPR petitions. In contrast, the next most recognizable third-party NPE-fighting entity, RPX, only filed two petitions — albeit as a direct result of the adverse AIT PTAB decision that RPX received on the critical issue of real-party-in-interest and IPR-filing time bars. Since Unified has yet to lose on that issue, it makes sense that they are drawing a contrast with their competition on that point. Put another way, one of Unified’s claims to fame is its IPR filings, and it clearly advertises its prolific nature in that regard as a competitive advantage.

Our first takeaway, therefore, is a straightforward one. Just as NPEs (or competitors, for that matter) have to consider elevated IPR risk when they target one of the top IPR filers like Apple, Google, Microsoft et al., so too should patent owners consider whether they can expect Unified as an IPR filer for any enforcement campaign they hope to bring. Common sense dictates that the risk of a Unified IPR is increased if the asserted patent falls within one of Unified’s advertised activity “zones,” or if the campaign targets a known Unified member. Likewise, patents asserted in what Unified deems the “High-Tech” (High-Tech equaling technologies relating to software, hardware, and networking) space are likely to at least draw Unified’s attention and review. In short, considering the volume and scope of Unified’s IPR practice, no informed patent enforcer should find themselves surprised if one of their patents is the subject of a Unified IPR petition.

Second, it remains interesting to see that the overall number of IPR filings declined to its lowest point ever since the AIA’s institution (23% lower than in 2018 according to the Unified report), even though the rate of IPR success for petitioners remained constant at over 60%. On the one hand, the PTAB “remains the most popular venue for patent disputes overall” according to Unified’s report, confirming the continued importance and impact of IPR practice on modern patent litigation. On the other hand, it appears that as time goes by, more potential IPR filers are either determining that actually committing to the cost and 18-month potential time period of an IPR trial is unnecessary. Which suggests that the very effectiveness of IPR filings for defendants makes the threat of them a more potent deterrent for patent plaintiffs — and is probably leading to more early settlements in patent cases. At the same time, because IPR filing continues as the first-line defense for defendants who are unable to force early settlement on favorable terms, the PTAB remains a powerful force in today’s patent litigation ecosystem.

Lastly, it says a lot that NPE activity increased, even as the overall number of patent case filings was down in 2019. In short, NPEs are gaining market share, with “NPE activity in the High-Tech sector alone” resulting in “more new patent infringement cases than all non-NPE patent litigation combined.” That should not be a surprise, considering the extreme challenges patent owners of all stripes face in today’s enforcement environment. It makes sense that patent owners will increasingly turn to the “experts” in patent enforcement in order to try and monetize their patents, rather than take the risk of embarking on an enforcement campaign themselves. Add in that many sophisticated NPEs also do a lot of work in terms of convincing patent owners to part with enforceable patents — including some that those very same patent owners would never have otherwise trying to enforce — and it is clear that NPEs themselves are active participants in increasing their litigation market share. This is particularly acute in the High-Tech space, where “90% of all High-Tech litigation in 2019 is attributed to NPE assertions against High Tech companies.”

Ultimately, love them or hate them, companies like Unified perform a service for the entire IP industry when they publish reports of this type. I thank Shawn again for bringing it to my attention, while extending my sincere hope that 2020 is a year that brings balance to the patent industry, where those with good patents are rewarded — while the work of culling out bad patents via the PTAB and other legal mechanisms continues apace. As someone with the privilege to represent both patent owners and defendants, all I can hope is that by absorbing 2019’s lessons we will all be in a better position to improve the state of patent litigation in 2020 and beyond.

Please feel free to send comments or questions to me at gkroub@kskiplaw.com or via Twitter: @gkroub. Any topic suggestions or thoughts are most welcome.

Gaston Kroub lives in Brooklyn and is a founding partner of Kroub, Silbersher & Kolmykov PLLC, an intellectual property litigation boutique, and Markman Advisors LLC, a leading consultancy on patent issues for the investment community. Gaston’s practice focuses on intellectual property litigation and related counseling, with a strong focus on patent matters. You can reach him at gkroub@kskiplaw.com or follow him on Twitter: @gkroub.