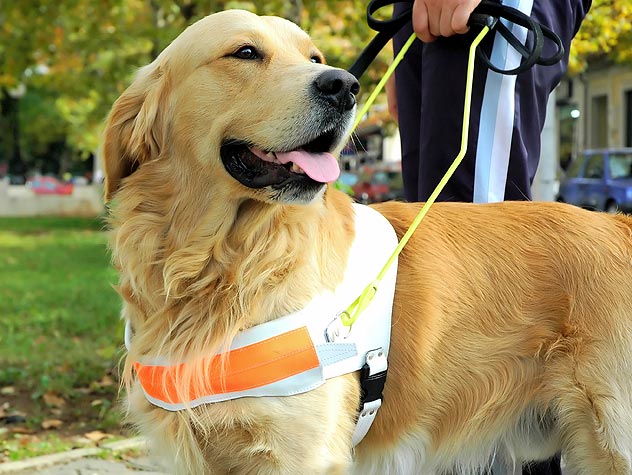 The recent decision in Murray v. Choudhary features an interesting twist on the usual dog-ownership dispute between formerly married couples.

The spouses had been married 10 years when they separated, and had numerous issues that they needed the court to resolve between them.  These included spousal support, a declaration in connection with the matrimonial home, listing the home for sale, and the return of the wife’s engagement and wedding rings, worth over $19,000.  Also it was alleged that the husband had moved to Germany under the pretext of doing is MBA abroad and setting up a business, when it seems he was really there to take up with another woman.  This sparked various issues around separation date and related matters.

Now that the couple sorting out their financial and other issues before the court, one of the points of contention was over their dog, named Bianca.

The wife claimed that the dog belonged to her, and the court tallied up the evidence in favour of that conclusion:

The [wife] provided evidence to the court that she paid $700 for Bianca in July of 2012, she reported her purchase to her family by email and photograph on July 19, 2012, she completed training with Bianca at “Dog Dayz” in February of 2014, she attended to all of Bianca’s veterinary appointments, she registered Bianca with the City of Ottawa as her dog, she cared for Bianca (but for one feeding in the evening and some walks), and she reported Bianca as having been stolen to German authorities when she feared Bianca would not be returned to her.

While we have you here, we wanted to remind you that you can get the latest articles delivered to your inbox. Sign up here.]

The husband claimed otherwise;  he insisted that Bianca was a “form of therapy dog” that soothed and comforted him, and that he had insisted on taking the dog with him to Germany because she would “help him succeed in his studies.”

However, the wife gave evidence to easily explain away that contention:  She said they had simply purchased a $25 certificate over the internet to give the dog “therapy dog” status, with no verification whatsoever that the husband needed or would benefit from it.   This sham certificate paved the way for the husband to travel with the dog unfettered.   As the court explained:

The [wife] however, provided an explanation that she and the [husband] obtained a Certificate that Bianca was a “Therapy/Companion Dog” on the internet for $25 in 2015 to permit them to travel to the US to visit the [husband’s] family and to stay in hotels with Bianca. They later obtained a letter from a psychologist on-line, who had never seen the [husband], for $200 which permitted them to travel with Bianca to Europe in the spring of 2017. To demonstrate how easy it is to get a service dog certificate on-line, the [wife] again did so on February 22, 2018 for $200.

Still, the court pointed out no matter how easy it had been to buy a “therapy dog” certificate online, it did not help the court in determining who actually owned Bianca.  The court said:

All of which is to say, that any of the certifications provided by the [husband] or the [wife] either that Bianca is a “service” or “support” dog, or that she is permitted to travel with one or the other, do not assist the court in making the determination of who owns her. Most significantly, the [husband] has provided no evidence from any treating physician that he currently has that he requires a support or service animal. Based, therefore, on all of the evidence referred to above, I find that the [wife} is the rightful owner of Bianca.

Although the court had many other complex issues to contend with in the larger context of the parties’ litigation, it said that the issue of who owned Bianca in this scenario was straightforward:  It was the wife.

For the full text of the decision, see: