As has been widely reported, the New York Board of Law Examiners (BOLE) last Thursday confirmed that the Uniform Bar Examination (UBE) originally scheduled for late July in New York would be administered on September 9 to September 10 instead. No surprise there. What was surprising was the related announcement that BOLE would discriminate in favor of the 15 ABA-approved law schools located in New York state by giving graduates from these schools an exclusive 10-day window (from May 5 to May 15) to apply for September-test seating, before allowing graduates from out-of-state schools to apply for any seats that may (or may not) be available after the in-state schools were served.

I say this is surprising because it is unfair. And unconstitutional. And because one would expect the highest court in New York, which oversees BOLE, to care about such things.

BOLE has a hard job. Because New York is a UBE jurisdiction, and because it may have to administer the September test in a manner that respects social distancing, BOLE may face more demand for test seats than it can accommodate.

But when times are tough, and when there is not enough of something to go around to all who might deserve it, our leaders must set the right tone and the right example. Whether it’s toilet paper or bar-exam seats, hoarding is wrong.

In response to Thursday’s announcement, a group of 21 law deans (I was not among them), from schools outside New York (including Yale, Harvard, and the University of Pennsylvania) whose institutions accounted for over 2,000 New York-bar takers last year, wrote a letter to New York’s Chief Judge. The deans pointed out that many of their 3L or LLM students have returned or relocated to New York to finish the semester and study for the New York exam. For these and other students, traveling to take the test in a UBE jurisdiction outside New York may be stressful and perhaps physically risky during a pandemic. The deans identified scarcity as a key driver of the problem, and offered various suggestions to help — including “[c]reating seats for New York’s administration of the UBE outside of New York State, including, potentially, using some of [the 21 signatory] schools as venues,” and “[o]ffering a second date for New York’s administration of the UBE [on] September 30-October 1 …”

I commend these deans and their earnest efforts to alleviate a scarcity that may be somewhat artificial in the sense that it can be alleviated with creative flexibility. But artificial scarcity is not the only — or even the core — problem with BOLE’s decision.

BOLE’s seat-allocation policy is fundamentally flawed because it is discriminatory — it fails to treat law schools (and their students) throughout the country equally. Scarcity is a fact of life in most situations, and even if the measures suggested in the deans’ letter are adopted, there likely will still be more people who want to take the test in New York in early September than can be accommodated. (In this vein, taking the test in early October is not the same as taking it in early September, and taking the New York bar in, say, DC — if a DC school provides space — is not the same as taking it in New York.) In doling out the September New York-venue slots, BOLE must act fairly and legally, and can’t discriminate against out-of-state institutions (and their graduates) in ways that violate the Commerce Clause of Article I of the Constitution.

The Commerce Clause was the framers’ first line of defense against corrosive barriers to trade and economic balkanization among the states. Even in the absence of affirmative congressional action, the Commerce Clause generally forbids states from favoring in-state economic actors over out-of-state competitors. When a state explicitly treats in-state businesses differently than out-of-state counterparts, federal courts apply a strong presumption against the law and will uphold it only if it survives a form of strict scrutiny — one that requires the law be necessary to achieve an important (and innocent) purpose. BOLE’s announced policy explicitly treats all in-state law schools differently than all out-of-state law schools. It sends a message to law schools and prospective students, at this crucial time when none of us knows how long COVID will remain a problem, that if you want to take the New York bar exam, students from Columbia will be preferred to students from the University of Chicago, and students from Fordham will receive better treatment than those from Northwestern or Illinois. True, maybe people wouldn’t necessarily choose which law school to attend based on this factor alone, but if BOLE can discriminate (openly) a little, then presumably it could do so a lot. And in any event, even a $10 facially discriminatory tax targeting out-of-state entities is invalid unless dictated by a strong government interest.

It’s hard to see what interest could justify BOLE’s policy here. If BOLE believes that graduates from New York-based schools are more likely to be New York citizens than are graduates from out-of-state schools, it runs smack dab into Supreme Court of New Hampshire v. Piper, where an eight-person majority in the Supreme Court said in 1985 it violated the Constitution for a state to reserve bar membership to residents of the state.

Nor does (or could) BOLE suggest that all New York-based law schools teach New York state law more broadly or deeply than do out-of-state schools. And New York’s adoption of the UBE demonstrates it doesn’t use the bar exam to ensure competence in New York law subjects anyway.

What about the possibility that New York-based law school graduates are less likely (than graduates of out-of state schools) to take their UBE score and leave the state to practice elsewhere? There is no empirical evidence showing that this is true, and in any event New York could easily develop other, more calibrated, indicia of likelihood to practice in the state (if that be a legitimate objective) beyond the very crude tool BOLE is using, based on where a law school someone attended happens to be located.

Finally, what about the fact (mentioned by BOLE) that (some) in-state law schools offered to help provide space for the September exam? That can’t justify BOLE’s action. Those New York-based schools that offered space did not do so, I am confident, on condition that they receive favorable treatment. Indeed, I expect most if not all the New York law deans reject homerism as a matter of principle, and frankly I am surprised none of them has said so publicly yet. And in any event, schools outside of New York have made the same offer of space.

In short, it’s hard to imagine any of these (or any other) possible justifications surviving the strict scrutiny applicable to explicit disparate treatment between in- and out-of-state institutions. Truth be told, I would guess most federal judges and constitutional law professors would find a case against BOLE here to be pretty easy on the merits.

Beyond the likely unconstitutionality, think of the message BOLE, alongside the rest of the state, is conveying. We are one nation. New York needs ventilators and masks and doctors, so please send them. Rhode Island authorities are outrageous (and they are) when they target New York license plates. And yet it’s okay for us to discriminate against other states and hoard resources when it serves our needs?
How would the New York judges and New York-based schools feel if the 49 other states said graduates from New York schools can’t get seats at their bar exams — or be eligible for licenses at all? Or if every state discriminated against all graduates from out-of-state schools? That is precisely the kind of economic retaliation and disintegration the Commerce Clause was designed to avoid and to chide, and yet it is exactly what New York is encouraging.

New York is a great state, and this overt favoritism is beneath it. It is, after all, home of the Big Apple, not the Rotten Apple. 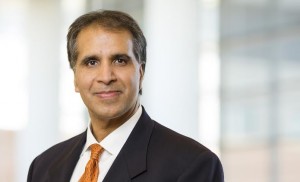 Vikram Amar is the Dean of the University of Illinois College of Law, where he also serves the Iwan Foundation Professor of Law. His primary fields of teaching and study are constitutional law, federal courts, and civil and criminal procedure. A fuller bio and CV can be found at https://www.law.illinois.edu/faculty/profile/VikramAmar, and he can be reached at [email protected]