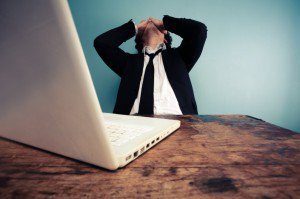 The road to the September 2020 bar exam in New York has been more than a little bit bumpy. Let’s start at the beginning. The summer bar exam is usually administered on the last Tuesday and Wednesday of July. As COVID-19 started to ravage New York and the state completely closed down, it became increasingly more clear that giving the bar exam as scheduled in July 2020 was not feasible.

On March 27, 2020, the New York Board of Law Examiners (NY BOLE) announced that the test will be postponed until September 9 and 10 and that New York law schools will be used as testing locations.

A few days later, NY BOLE informed candidates that the jurisdiction will not be at full testing capacity for the fall and that they will announce priority guidelines.

On April 24, 2020, the results for the February 2020 New York bar exam were released, and 2,133 people learned they failed. My phone (along with that of every other bar prep company, tutor, and academic support person) started ringing off the hook with questions from students who failed: “Will I be able to take the bar exam? When? Should I start looking at other jurisdictions? What happens to me?” And, unfortunately, there was only one possible response: “I have no idea.”

On April 30, 2020, the NY BOLE announced their completely unsurprising guideline for prioritization: first-time J.D. and LL.M. candidates from the 15 New York law schools will be given the first opportunity to register for the exam from May 5, 2020, to May 15, 2020. After that window,  space will be reassessed and registration will be reopened based on a new set of priorities. (Those new priorities have yet to be announced and comes with their own set of questions: Who gets prioritized next? First-time takers from out of state? Repeat takers from in-state? First come, first serve?)

Now comes the outrage from out-of-state schools and the advocacy for their students. Out-of-state law schools are offering to use their schools as testing locations for the New York bar exam. Deans wrote letters to the NY BOLE and published articles on the subject. And, it appears that conversations may be underway to address the issue.

But my question is what happens to the 2,133 students who failed the bar exam in New York in February?

Who advocates for them? Who takes up their cause? Why is it less important to test them? Are people who fail the bar once, twice, or a few times before passing not valuable members of the legal community? How is New York providing for them?

So what is New York’s solution for their lack of capacity? They have advised students to take the bar exam in another jurisdiction. Okay. A limited number of states even allow “courtesy testing,” which is allowing students to sit for the exam in their state with no intent to be admitted or practice in the state after passing. Can New Jersey test an additional 2,133 students? How about Connecticut? What about Maine, which tested a whopping 60 students in February 2020? (I would bet they are really rethinking their courtesy seating policy right about now.)  How long before other jurisdictions make rules to only test their own students?

Despite my clear frustration, I am not trying to jump on top of the pile of people hating on the NY BOLE these days. I think they are in an impossibly difficult situation. They are trying to make big, important decisions on the fly and, unfortunately,  in the process people are getting left behind. I’m also not unbiased. I own and operate a bar exam coaching company, and we primarily service repeat takers. Maybe this is why I’m seeing their plight more clearly than others. Repeat takers in New York are going through hell right now. You can trust me on this as I spend hours each week doing bar exam consultations with crying students. What is happening to these students is cruel. Beyond simply having compassion for them, we need to find solutions.

And wouldn’t you know, I see two potential solutions:

I know not everyone will agree with me on these solutions. But, if nothing else, they are inclusive, preserve the integrity of the exam, and don’t arbitrarily make decisions about who gets tested.

We are the lawyers. We live for order, organization, and fairness. Others will look to our profession for guidance and counsel in the days and weeks and months to come. And what will they see? Well, if our approach to the bar exam is any indication, they will see chaos, hasty decision making, and unjust outcomes. We’ve got to do better, for ourselves, for our students, and for the people who are going to need our help in the future.

And right now, in this moment, we must consider the message we are sending about the importance of repeat bar exam takers to the legal community. They are not less than, their future legal careers are not less important, and their financial burdens do matter. They need to know that the New York legal community sees them and appreciates their value and that they are not being forgotten.

The students we are holding back from taking the bar exam are the future Kamala Harrises, JFK Jrs.,  Michelle Obamas, and Hillary Clintons (all of whom failed the bar exam their first time). And, they are the hundreds of students I’ve worked with over the past seven years who took the bar exam more than once before passing and who are now important and valuable members of the legal profession. By failing to prioritize them to take the bar exam in the fall, we are not only doing them a disservice but also doing a disservice to the entire legal community.

Kerriann Stout is a millennial law school professor and founder of Vinco (a bar exam coaching company) who is generationally trapped between her students and colleagues. Kerriann has helped hundreds of students survive law school and the bar exam with less stress and more confidence. She lives, works, and writes in the northeast. You can reach her by email at [email protected]