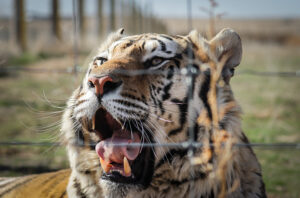 When COVID-19 is finally defeated, 2020 will certainly be remembered for the tremendous loss of life, significant economic pain, and massive community fear. More innocuous memories include the copious amount of time we spent binging television series, devouring movies, and being glued to cable news. Anyone in tune with television trends is aware of Netflix’s Tiger King Murder, Mayhem and Madness, a docuseries about eccentric, big cat owner and wildlife park operator, Joe Exotic. Joe is currently in prison for conspiring in the attempted murder of his nemesis, big cat owner and wildlife activist, Carol Baskin who was recently awarded control of Exotic’s  16-acre animal property.

Although Tiger King mainly revolves around Exotic’s wildlife park and his alleged plans to bring down his nemesis, Baskin’s personal life sparked great interest, resulting in talks of a spinoff, a Tik Tok dance, and even threats of litigation. An episode of Tiger King was devoted to Baskin’s first husband, Don Lewis, who went missing in 1997. Recently, Tiger King has made new legal news in the field of trusts and estates as it relates to Lewis’ last will and testament.

The series describes how Don Lewis disappeared and that his body has not been found. He was declared dead in 2002. Baskin inherited his estate, to the chagrin of his adult children from a prior marriage. The children alleged various claims against the proffered last will and testament which left everything to Baskin, and they also appeared on the series with regard to their father’s death. Lewis was extremely wealthy, with an estate worth reportedly $10 million. His disappearance has sparked many rumors as to what happened to him, some of which were explored on the series. Some allege (as does a Tik Tok Dance)  that Baskin was involved in his disappearance, although she has denied these allegations.

Recently, Florida’s Hillsborough County Sheriff Chad Chronister informed news outlets that he is aware that experts have stated that Lewis’ last will and testament was forged. Additionally questions have emerged as to whether the notary was actually present for the signing in addition to the presence of the witnesses. Lewis’ signature has been questioned, and it is suggested that it is a tracing from his 1991 marriage record. Moreover, the power of attorney apparently includes a provision giving Baskin authority in the event of Lewis’ disappearance. Generally, disappearances are not contemplated when executing a power of attorney, which gives authority to an agent in the event of incapacity, while a last will and testament controls when someone is declared dead.

Lewis’ last will and testament was admitted to probate and approved by a judge, so it is unclear if anything can be done to reopen the file. Similarly, criminal allegations of forgery have a statute of limitations. Questions persist as to Lewis’ disappearance.

Tiger King continues to give viewers a glimpse of the drama that surrounds a will contest where allegations of forgery, fraud, and undue influence abound. Probate contests are dramatic, emotional, and often frustrating because the main witness to the cause of action, the decedent, is and will remain silent.  Handwriting analysts, employees, notaries, friends, and family create a vivid cast of characters that probate practitioners see all the time.

Legal matters, specifically trusts and estates issues,  are great content for television. Particular to the characters of Tiger King, there are a host of themes that may be explored, such as the will contest, pet bequests, jailhouse-written last wills and testaments, forgeries, and slayer statutes. There’s definitely enough in this field of law to spurn at least a few seasons of enjoyment, hopefully without COVID-19 hanging over us.

Cori A. Robinson is a solo practitioner having founded Cori A. Robinson PLLC, a New York and New Jersey law firm, in 2017. For more than a decade Cori has focused her law practice on trusts and estates and elder law including estate and Medicaid planning, probate and administration, estate litigation, and guardianships. She can be reached at [email protected]