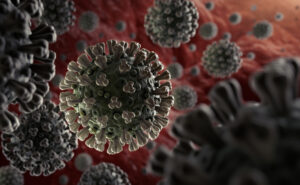 Professor Stephen Bainbridge is quick to point out that he’s “no Darth Vader” when it comes to internal Federalist Society politics, but the UCLA professor is still eager to pass along some of the worst ideas circulating. So maybe it’s more fair to cast him as the Kylo Ren of this operation — just out in Darth Vader cosplay taking all the wrong lessons from Vader’s arc.

As with everything these days, this is a tale about COVID-19, a subject where a Corporations professor is decidedly not an expert. But he’s got takes!

Dude, he can’t even get the animals right. While the “bat” still enjoys a lot of play in the right-wing echo chamber, the prevailing wisdom is that it was pangolin consumption that carried the disease to humans. Regardless of the specific animal, despite the fervent desire among the American right-wing to construct the pandemic as the result of “backward” cultural forces in China, most Chinese citizens are already in favor of regulating or banning this practice and far from a “traditionalist” practice, the market for these goods suggest that wildlife consumption is increasingly the domain of the upwardly mobile classes flaunting wealth. In a sense, it’s not too different from the American hunting culture where it’s the wealth management VPs dressing in designer camo to take down walking venison steaks.

While trafficking in “oooh, they eat wild animals” tropes may conveniently distract from the role economic liberalization and a dangerous commitment to small government and slashed public health expenditures played in all this, it’s not particularly informative except as a means of scapegoating an other for eating “the bad wild animals” as opposed to Americans who eat “the good wild animals.” Which are good animals because we kill them with our constitutional rights, obviously.

But he thought Twitter might be a good place to muse that his Chinese students may have given him COVID-19:

No one else at the school got sick, but he still thought despite this that it was worthy of posting to a public forum that one of his Chinese students might have given him the virus. Let that sink in. As a matter of professional judgment, he thought it was a good idea to suggest that students at the school were spreading the disease even though he had no evidence to support this claim and, admittedly, compelling evidence that it wasn’t true.

Except they were Chinese, so… here we are.

As he maintains, Bainbridge is no Darth Vader. He didn’t come up with this xenophobic shorthand. He just passes it along through his feed. But it’s almost as if the original source of the bad idea isn’t as troubling as those who choose to continue spreading it without thinking about it. If only there were some sort of scientific corollary to someone acting as a vector to spread something so we could see how repeating bad ideas is as problematic as being the original source.

Blaming China for coronavirus isn’t just dangerous. It misses the point [The Guardian]